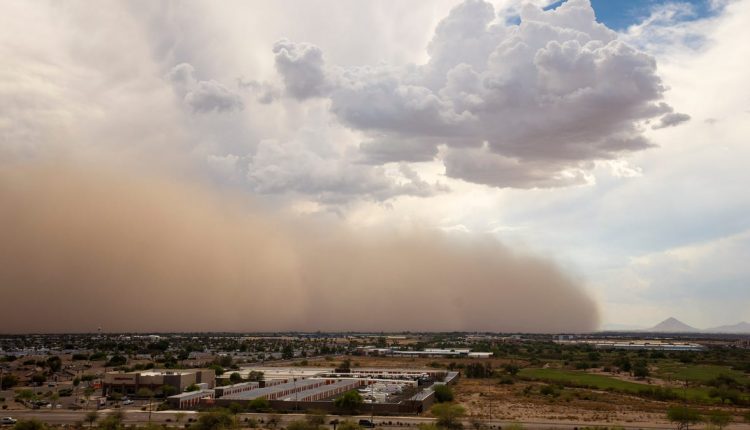 High heat and increased thunderstorms to hit Arizona this week

Phoenix-area temperatures are expected to peak near 115 degrees to kick off the week and slightly cool down by this weekend, the National Weather Service in Phoenix said.

Excessive heat and increased thunderstorm chances were forecast to be the main risks through the week, according to meteorologist Derek Hodges with the weather service in Phoenix.

An excessive heat warning affecting areas across the state will remain in place through 6 pm Monday.

The warning is in place for the Phoenix, Flagstaff and Tucson areas, and some areas around southern, eastern and northwestern Arizona.

“It’s going to be quite hot outside, people should limit their exposure outdoors, take breaks and drink enough water to avoid heat-related illness,” Hodges advised.

Temperatures are expected to gradually drop as days follow, yet Hodges said above-normal temperatures will prevail through this weekend.

“(Monday) is probably the hottest day of the current heat wave,” Hodges said. “The rest of the week it should cool down a couple of degrees but still remain quite elevated, we’ll still probably be at 109 to 112 for the remainder of this week.”

According to Hodges, thunderstorms in the high elevations around Flagstaff will also bring gust winds, dust and increased flash flooding risk for much of northern Arizona.

Hodges advised residents to pay close attention to thunderstorm warnings coming out during the week.

“The wind and dust will probably be the biggest threat,” Hodges said. “If we end up issuing any warnings for the storms, pay attention to those, they’ll help you prepare.”

Offseason has become Kevin Durant or bust for Phoenix Suns