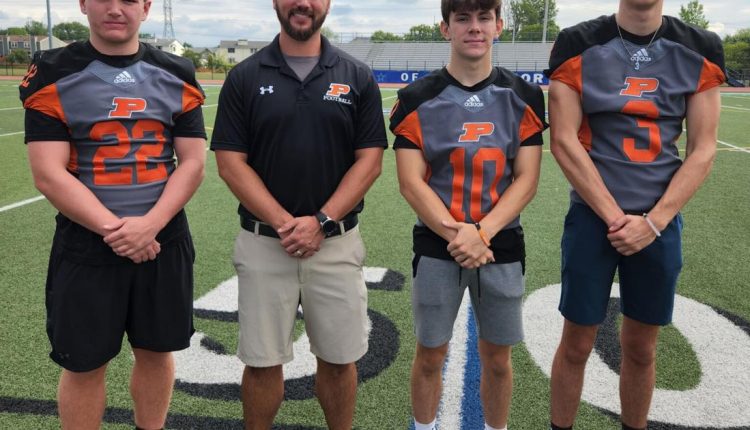 OSWEGO COUNTY — The Phoenix High School football team is off to a breakthrough 2-0 start entering an area Section 3 Independent matchup at 1 pm Saturday against host Pulaski.

The Firebirds are in their first season under head coach James Cofrancesco and have not won back-to-back games to open the season in at least 15 years, according to archived records at syracuse.com dating back to fall 2007.

The unit has been led by junior running back Joseph Edick with 38 carries for 260 yards and four touchdowns in the two games combined, per the Section 3 stats website. Senior Dylan Tack has added 18 carries for 155 yards and two scores, along with 63 receiving yards and a touchdown catch for Phoenix.

Central Square and Fulton are the other Oswego County teams from the Section 3 Independent Division off to a 2-0 start.

The Redhawks beat the Oswego Buccaneers, 54-0, last Friday night to emphatically follow up a 34-0 shutout victory over Nottingham in their season opener the week prior.

Ryan Colton scored twice to lift the Central Square girls soccer team to a 2-1 victory over Mexico Saturday in a matchup of the top two Oswego County teams.

Colton scored a goal in each half and senior goalie Samantha Haley stopped four shots to help the Redhawks enter the week with a 5-1-1 overall record with pivotal Section 3 Class A games looming.

Colton entered the week with 20 goals and three assists to lead all Section 3 players in goals and points, per the Section 3 stats website.

Adria Ariola scored in the nonleague clash for Mexico, which fell to 4-2-2 approaching a key stretch of Class B matchups.

Sandy Creek (4-1) entered the week on a four-game winning streak as the top area performer among Class C teams in girls soccer.

The Fulton girls volleyball team opened the week with a victory over Oswego on Monday night to extend its unbeaten start to 6-0.

The defending Section 3 Class A fall girls volleyball champions have swept every match thus far in three sets. Despite the limited set chances, the Red Raiders rank among the top eight in all of Section 3 for kills, blocks, digs, and assists, according to team results provided on the Section 3 stats website.

Junior standout Natalie Frost entered the week ranked fourth in all the section with 65 kills, while senior Sydney Sachel was seventh in assists with 85.

As an Amazon Associate I earn from qualifying purchases.