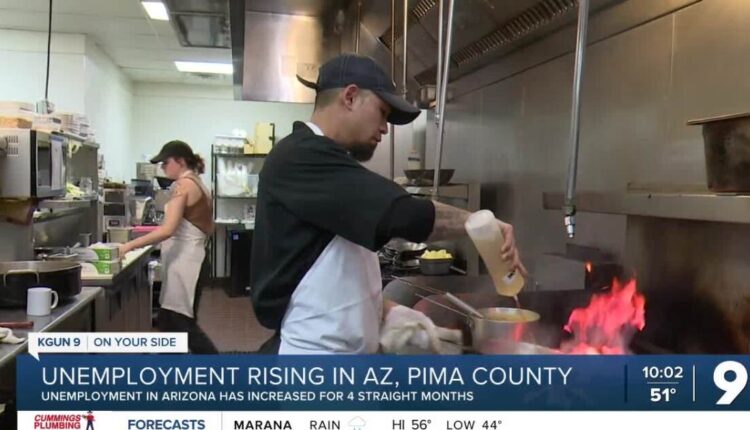 TUCSON, Ariz. (KGUN) — Anika Schnelle,18, was out of a job for a few months before finding a pantry chef position at Feast in Tucson.

“I didn’t know where to look. People weren’t replying to my messages,” she said.

She said her previous job didn’t pay her enough, so she couldn’t fund herself after just having moved out.

“I had to rely on my parents and that was something that I had promised myself I wouldn’t do what ask them for money,” she said.

“At the beginning of the year, we had trouble finding anyone. We’d place an ad and no one would respond,” Levy said.

He hired about 80 people in 2022, and said about 60 of them quit, some not even telling him they were leaving.

He said he’s not really sure why and said his payroll is up over 30 percent compared to 2021. Levy said he’s not making as much of a profit.

Since Feast is so short-handed, he had to make some tough decisions, putting a sign on the front door telling people they have limited hours.

“Because we have been short handed, we haven’t been able to open on Sundays, for really, since Mother’s Day, and we just started opening for dinner only on Sundays,” Levy said.

Gary Hickey, the chef and a partner of Charro Steak and Del Rey in Downtown Tucson said for most of the year it was hard for him to find workers.

“I’d probably say one out of five people actually show up after the interview,” he said.

He said the past 3 months he’s seen a lot more people applying but said he’s still having a hard time finding the right people.

“So it’s hard to find people that actually have previous work experience, people that are willing to work the hours that we work,” Hickey said.

He said prices going up affected the amount of people he hired but said inflation could be what’s motivating more people to apply.

“Once a criminal, always a criminal,” Bo Seibel says goodbye to Yuma High