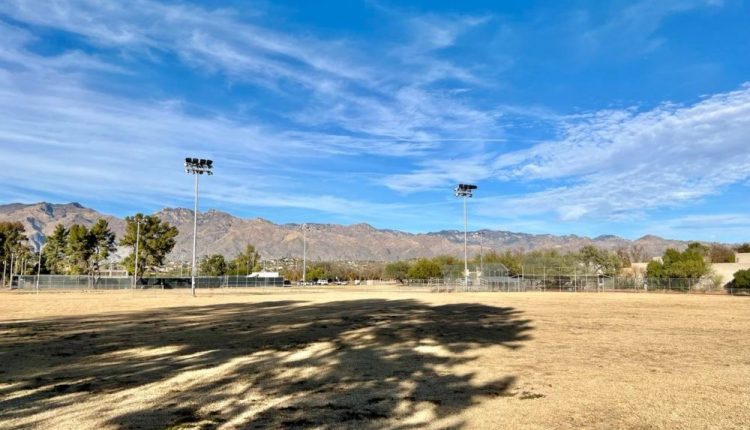 Historic Sports Sites and Artifacts in Tucson: 1A football was once dominant in the Old Pueblo

There was a time when 1A or 8-man football was pretty dominant in the Tucson area. Tucson Deaf and Blind, now known as Arizona State Schools for the Deaf And The Blind (ASDB), won a state title in 1976 John Milford, Suffolk Hills, now known as Immaculate Heart, won a state title in 1982 Steve Sorce and Patagonia won state titles in 1987, 1988 and 1991 respectively Bill house. The three programs have long since ditched football, and ASDB joined forces with St. Augustine in 2009 for the region’s final venture on the gridiron. Sorce continued to train at Salpointe.

Tucson Christian is no longer a school and the team played at Ft. Lowell Park and, although the Patriots have never won a state title Stephen Haar, key members of this program still hold several state records. Tucson Christian QB Brian Chason amassed 94 career touchdown passes to put him second all-time for the 1A level, and he threw for 6,408 career yards, which is third in the state. its main receiver, Paul Hatcher, still holds the career record with 221 catches, he is second all-time with 1,655 receiving yards in a season, and he holds the state record for career receiving yards with 4,221 yards. Hatcher is second on the season’s TD catch list at 27, and his 72 career TD catches are still the best in the state.

Andy Morales received the 2014 AIA Best High School Reporter award, the 2017 Ray McNally Award, the 2019 AZ Education News award, and has been a youth, high school and collegiate coach for over 30 years. He was the first in Arizona to write about high school beach volleyball and high school girls’ wrestling. His own children have won multiple state high school championships and been named to all-state teams. His unique perspective, which competed in hockey, basketball, baseball and track in high school, can only be found here and on AZPreps365.com. Andy is a voting member of Southern Arizona’s Ed Doherty Award, which recognizes Arizona’s top soccer player, and was named a 2016 Local Hero by Tucson Weekly. Andy was named an Honorary Flowing Wells Caballero in 2019 and became a member of the Sunnyside Los Mezquites Cross Country Hall of Fame in 2021 and he has served on the Amphi COVID-19 Blue Ribbon Committee and received a Distinguished Service Award from Amphitheatre. Contact Andy Morales at [email protected]