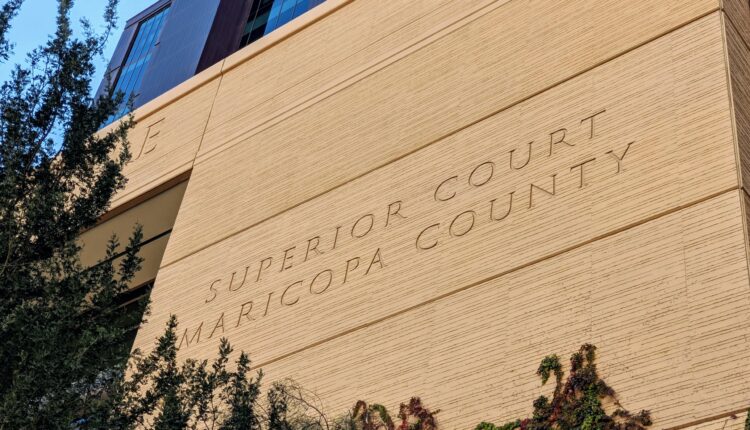 The defendants in Kari Lake’s lawsuit seeking to overturn her loss in the midterm election plan to ask for the case to be dismissed, they told a Maricopa County Superior Court judge Tuesday morning.

They have until noon Thursday to file their motions to dismiss, while Lake’s team has until noon Saturday to respond.

The suit, which was filed on Dec. 9, seeks to overturn the results of the election for Arizona governor, which Trump-backed Republican Lake lost to Democrat Hobbs by more than 17,000 votes — almost 0.7 percentage points.

The 70-page lawsuit claims that the Nov. 8 election in Maricopa County was marred by “intentional misconduct,” including the “hacking” of election equipment to specifically disenfranchise Republican voters. In it, Lake also says that hundreds of thousands of illegal ballots were cast, while providing no evidence of that.

“The secretary does believe that the court will be able to dispose of this case in its entirety on motions to dismiss without the need for an evidentiary hearing,” Andy Gaona, an attorney for the Arizona Secretary of State’s Office, said during the hearing.

One of Lake’s lawyers, Scottsdale divorce attorney Bryan Blehm, who was hired by the failed firm Cyber Ninjas in the so-called ”audit” of the 2020 election in Maricopa County, attempted to defer to his co-counsel Kurt Olsen to answer a scheduling question during Tuesday’s hearing. But Olsen, a Trumpist lawyer from Washington D.C. who specializes in corporate and employment law, had not yet filled out the application to work on this case in Arizona, where he isn’t licensed to practice law.

Blehm had accidentally provided copies that were not redacted, but after replacing them with redacted versions, he told the judge that shielding them from public view was not necessary.

Thompson explained that he couldn’t strike the original files from the record due to public records law, but could seal them from public view.

Thompson went on to clarify that the voter records would still be available to the court and the litigants, just not the public.

“I can either err on the side of caution and grant the request (to seal the records) or take your word for it, Mr. Blehm, that there’s no harm, no foul, and leave it out there,” Thompson said. “I’m going to err on the side of caution and protect the information so that the voter information is not disclosed, however it is fully part of this case and can be used by the parties and their counsel.”

Right-wing personalities and media shared the attorneys-only link, flooding the virtual hearing with interlopers and their screaming children

So many people joined a virtual meeting meant only for litigants in Kari Lake’s election challenge that the hearing was delayed for 30 minutes while the court tried desperately to get them to log off.

At one point, more than 360 people logged into the Maricopa County Superior Court hearing Tuesday morning after Republican Sen. Wendy Rogers and conservative website the Gateway Pundit both publicly shared the meeting link for the first hearing.

Typically, when the court holds a virtual hearing, plaintiffs, defendants and the judge participate via Microsoft Teams, while the court provides a separate livestream link for public view.

But the Teams link was included in an order the judge issued Monday informing the litigants of Tuesday’s hearing. And after Rogers tweeted the Teams link, so many members of the public joined the meeting that the lawyers litigating the case couldn’t get into the meeting.

Beginning more than 30 minutes prior to the scheduled start of the hearing at 11 a.m., the court repeatedly asked those who were not litigants to leave the meeting and to watch the livestream instead, but its requests were mostly ignored.

“I was just told this is the most popular meeting in America right now,” Lake tweeted after the hearing was set to begin. “I can’t even get INTO the meeting, nor can my attorneys.”

Many of the rogue attendees left their microphones on, so the court and those watching the livestream could hear children yelling and someone watching cartoons, as well as coughs and sneezes.

After around 30 minutes of unsuccessfully trying to get members of the public to log off, the court opened a new Teams meeting for the hearing with a link that was not shared publicly.

Once the hearing finally began, the public livestream was beset by technical problems, constantly buffering and crashing, because of the large number of people watching it.

Judge Peter Thompson said at the end of the hearing that he didn’t know how the Teams link had been distributed so widely, but asked those listening to please share the livestream link in the future so that members of the public have access to the hearings but don’t crowd out the lawyers and other necessary participants in the hearing from the meeting.