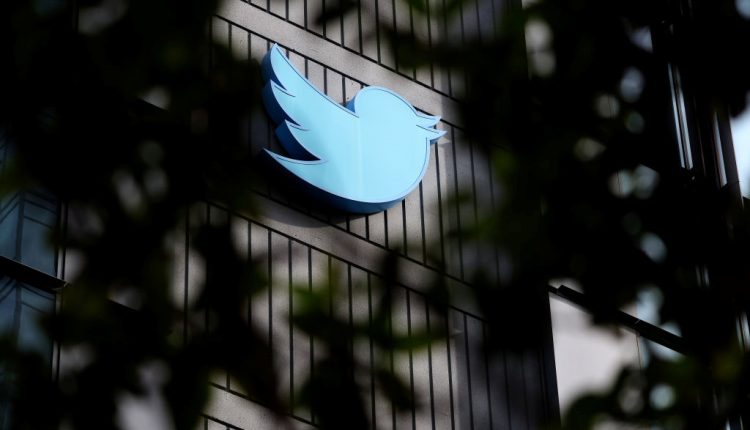 Arizona Republicans are in an uproar over a request from the Arizona Secretary of State’s Office to censor two tweets in the immediate aftermath of the January 2021 attack on the U.S. Capitol by supporters of Donald Trump.

The Arizona Republican Party is calling for the attorney general to investigate what it claims might be a violation of campaign finance law and pundits are saying the email to a cybersecurity nonprofit amounted to election interference.

But there’s one glaring problem with the Republican Party’s claim that Secretary of State and Gov.-elect Katie Hobbs might have broken campaign regulations or that she interfered with the midterm election: When her office sent the request to take down the tweets, Hobbs wasn’t running for office. In fact, there were no candidates for governor at the time.

The request to take down the tweets was sent Jan. 7, 2021, the day after the attack on the Capitol. Hobbs announced that she was running for governor almost five months later, on June 2, 2021.

The failed Jan. 6, 2021, insurrection aimed to overturn then-President Donald Trump’s loss in the 2020 election, and was motivated by a deluge of lies about the election claiming that Trump actually won, but his victory was stolen by massive and coordinated fraud. There is no proof of any such claims.

The Arizona Republican Party and its chairwoman Kelli Ward did not respond to requests from the Arizona Mirror for clarification or for proof that Hobbs had asked for tweets to be removed after she launched her campaign.

“This email exchange is from January 2021, as shown in the screenshot. Not only was it taken entirely out of context, it has nothing to do with this year’s midterm election,” Assistant Secretary of State Allie Bones said in a statement. “This is yet another example of conspiracy theorists trying to create chaos and confusion by casting doubt on our election system. It’s unfair to Arizona voters and it’s harmful to our democracy.”

The version of the email that has been circulated online is heavily redacted, as it came to light in a court case filed by the attorneys general of Missouri and Louisiana that attempts to tie President Joe Biden and other members of his administration to social media censorship.

An email from the Arizona Secretary of State’s Office to the Center for Internet Security is a cybersecurity nonprofit that works with businesses and government, on Jan. 7, 2021.

The Mirror obtained an original copy of the email, which shows it was sent by C. Murphy Hebert, the office’s communications director, to the Center for Internet Security, which in turn contacted Twitter. The Center for Internet Security is a cybersecurity nonprofit that works with businesses and government, and served as the go-to agency to report mis-, dis- and malinformation posted on social media at the time, according to the Secretary of State’s Office.

“It is standard practice for government entities, organizations, and corporations alike to report content on social media that violates a platform’s terms of service,” Bones said in a statement. “It’s the Secretary of State’s job to make sure that voters are informed about how to vote and how our election system works. One of the ways we do that is by working to counter disinformation online that can confuse voters.”

In the email, Hebert flagged two tweets from a user with the handle “@normal_every” with the name “What are you hiding?” The account, whose description read “stop them from stealing,” has since been suspended.

“These messages falsely assert that the Voter Registration System is owned and therefore operated by foreign actors,” Hebert said in the email. “This is an attempt to further undermine confidence in the election institution in Arizona.” 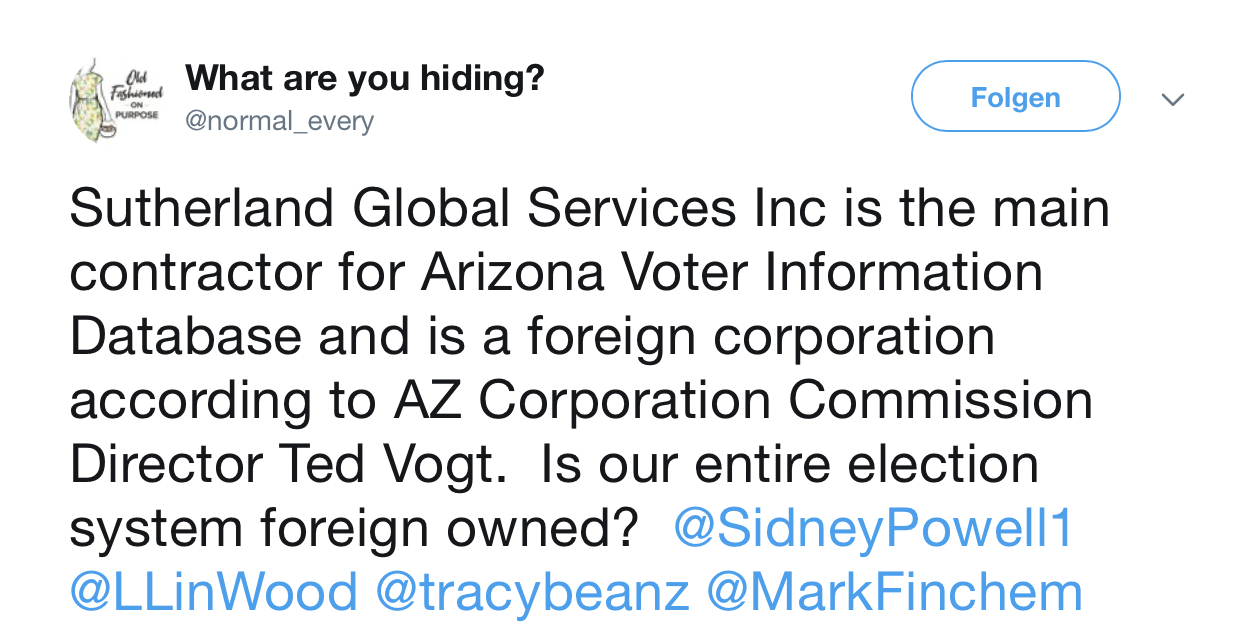 One of the tweets flagged as misinformation by the Arizona Secretary of State’s Office on Jan. 7, 2021. Screenshot via archive.org/Wayback Machine

After receiving the report from Hebert, CIS contacted Twitter and the tweets were deleted within about 30 minutes of the initial report.

Kari Lake, the Republican gubernatorial candidate who lost to Hobbs by more than 17,000 votes in last month’s election, spoke about the deleted tweets on Fox News commentator Tucker Carlson’s show Monday night. Lake, a Trump-endorsed election denier, has not conceded and is expected to file a suit challenging the election results sometime this week.

During the interview, Carlson claimed that Hobbs worked with Big Tech to “censor her (Lake’s) voters.” Neither Carlson nor Lake mentioned that Lake didn’t announce her candidacy for governor until June 1, 2021, about five months after the tweets were deleted.

“It makes me wonder who was behind that,” Lake said, adding that she believes Twitter is “a propaganda arm of our government.”