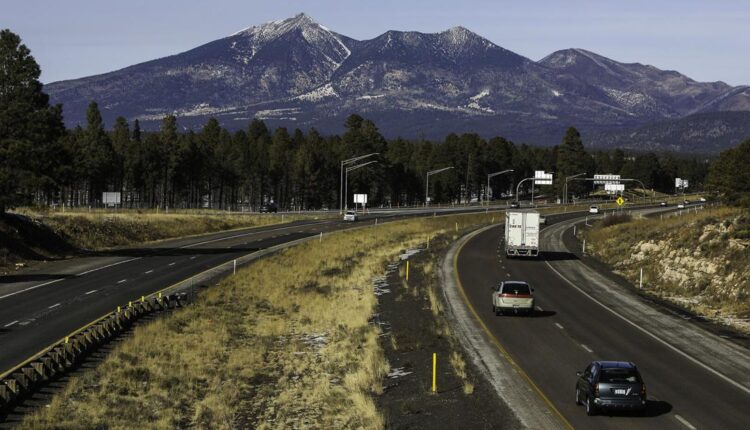 Holiday travel? No scheduled closures on Arizona highways, but still cause to drive carefully

There’s good news for those driving through Arizona for the holidays. The Arizona Department of Transportation (ADOT) has announced no scheduled closures during the Christmas and New Year’s weekends.

Between Friday afternoon and Monday morning of this weekend and also the Dec. 30-Jan 2 stretch, ADOT has lifted all scheduled closures across the state highways. The move includes regularly scheduled overnight closures of Interstate 17 between Sunset Point and Anthem Way.

“Construction in existing work zones, as well as maintenance work, is ongoing and will continue,” Woodfill added.

The December holiday travel rush is back on this year with the busiest and most expensive day expected on Saturday, December 17, according to travel expert and head of Global Public Relations for Expedia/Vrbo/Hotels.com Melanie Fish. The second busiest and most expensive day to fly is expected Thursday, December 22, ahead of Christmas, she added. Fish recently spoke with The Associated Press to discuss best tips and tricks ahead of the holiday season.

“We’ve seen from past holiday weekends that traffic is heaviest on Fridays, Sundays and the day of the holiday,” Woodfill said. “You’re definitely going to want to plan on having more vehicles on the road. Use extra caution.”

Traffic fatalities in Arizona this year have been more of a problem than usual, said Alberto Gutier, director of the Arizona Governor’s Office of Highway Safety.

“We have more crashes in the holiday season,” Gutier said. “But it’s becoming year-round.”

To Gutier, the danger of holiday travel is the heightened potential for distraction.

Weather can be another factor in traffic delays. As of publication, however, the forecast for Flagstaff, Phoenix and Tucson is clear and sunny through Christmas Day. In Flagstaff, temperatures should stay in the upper 40s and lower 50s until the middle of next week, when a chance of rain and snow enters the forecast.

“Packing an emergency kit for longer trips can come in handy in case you encounter an unscheduled stop in traffic or need to pull over because of car troubles,” ADOT said in a statement regarding holiday travel. “Drivers and passengers also should remember prescription medications and items such as a cellphone charger in case of unexpected travel delays.”