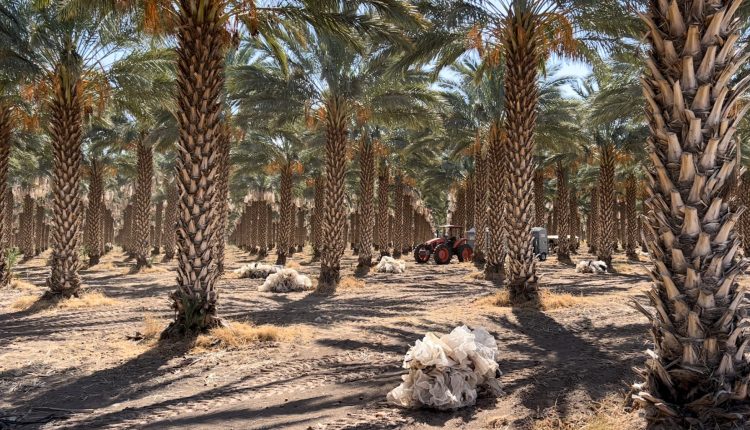 YUMA, Ariz. (KYMA, KECY) -In today’s Home Grown report, it’s that time of year when the thousands of date trees in our area are being harvested.

Datepac processes the dates grown in our local region.

“We are in the middle of the busiest part of the season. Our season usually starts the last week of August and it could go all the way until the first week of November. They’ll pick the dates that are ripened for the first time and then they’ll go back a second time to check again, and then a third time and then cleanup which is what we’re seeing behind us,” said Juan Guzman, Datepac Senior Vice President of Operations.

After harvest, Datepac makes sure the dates are ripe enough to distribute to local chain grocery stores as well as ship to over 35 different countries.

“They go all the way to Europe, Australia, Indonesia, Japan, Hong Kong and many countries to name, but it’s really proud to know something that is grown locally has such a worldwide reach,” said Guzman.

Jon Jessen is a part of the association and says very few people in the United States actually eat dates.

“Seven percent of the households bring dates into their house, but I’m sure it’s more than that in the UK and Australia. At least during the holidays they have dates in every household in those countries,” said Jessen

Jessen says this means there is a lot of room to expand the US date market.

And he hopes to see more households consuming Yuma grown dates in the future.

Listen: Why Childbirth Is So Dangerous for Many Young Teens