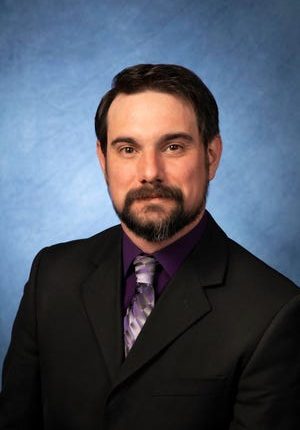 Top of mind for both candidates and most voters in Flagstaff is affordable housing as high demand and a plethora of short-term rental properties have created a volatile housing market in the city. Additionally, a particularly wet monsoon season further emphasized the severe impacts of climate change on the community.

“We absolutely have to prioritize the protection of people’s lives and properties by prioritizing our infrastructure and lobbying efforts to get the funding we need to protect our town,” Deasy said.

Deasy, a statistician and educational research analyst, moved to Flagstaff when he was 12 and has stayed ever since. He was first elected to a two-year term in 2020 and in his bid for reelection has championed his record as mayor, including securing funding for wildfire and flood mitigation and expanding high-speed internet access.

His administration was also responsible for implementing the city’s new CARE Team, which manages 911 calls related to mental health and substance abuse without the need for a police presence.

“We need to keep moving forward, not backward,” he said. “I have lived up to my promise to challenge the status quo, try new things and try to address community concerns more quickly.”

Stay informed: What’s on your Arizona ballot for the November 2022 election?

Daggett, who previously served as vice mayor, was the top vote-earner in July’s primary election, securing more than half of the votes cast.

“I’m a proven leader. I have been actively leading organizations and efforts in the Flagstaff area for some 25 years,” she said. “I have a list of accomplishments and I’ve proven that I know how to get things done and I know how to build relationships and build people along in the decision-making.”

While the city has been making some slow progress on the housing front, she said, “it needs to be addressed even more urgently.”

Daggett has previously served the people of Flagstaff as a city council member in 2020 before being selected as vice mayor. She resigned from that position in April to run for mayor after some constituents and fellow City Council members expressed unhappiness with the current administration and encouraged her to enter the race, Daggett told The Republic in July.

She is also a longtime resident of Flagstaff, graduating from Northern Arizona University with degrees in public relations and sustainable community development. Prior to running for office, she worked as the business retention and executive manager for the city in addition to serving as the executive director of two local arts organizations.

Notably, the voter turnout in Coconino County in the July primary election was 10% less than the turnout in the 2020 primary and if the trend continues, it could mean a particularly low turnout this November, considering less than 40% of the county’s registered voters cast a ballot in the 2020 general election.

The last day to register to vote in Coconino County is Oct. 11 with early voting starting the next day. Almost 30 polling locations in Flagstaff will be open on Nov. 8 for in-person voting.

An obscure, but vital, state board overseeing city tax codes hasn’t been able to muster a quorum since May 2019