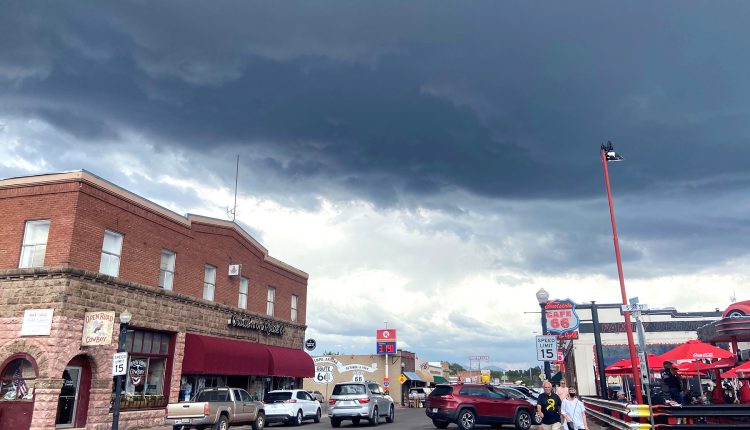 WILLIAMS, Ariz. — The inability to secure affordable housing is costing Williams valuable employees, including healthcare providers and teachers, among others, according to a panel discussion held Oct. 15

Community businesses, contractors, council members and concerned citizens gathered at the Grand Canyon Railway Hotel to discuss what can be done about one of Williams’ highest priority concerns – employee housing. Several employers, including the Williams Unified School District and North Country HealthCare, said they’ve been unable to hire and retain qualified staff because new employees can’t find anywhere to live.

Eric Evans, WUSD superintendent, said the district’s ability to hired qualified staff members – whether it be teachers or hourly staff – has been severely impacted by a lack of available housing. Evans said not only is the district struggling to retain teachers, it is also competing with other districts, including Flagstaff Unified School District (FUSD) to attract qualified candidates.

“When we have issues with housing and staffing and retention, we’re talking about not delivering the greatest quality education that we can to the future, and holy smokes is that consequential,” he said.

Evans also said he’s worried about being able to retain his hourly support staff, and that some of the solutions put forward, such as commuting from other communities such as Ash Fork, Valle or Flagstaff, can’t readily fill the gap.

“With gas at four and a quarter, five dollars, or five-nineteen a gallon at the peak, that’s not really realistic,” he said.

Amanda Gay, Community Health Director for North Country HealthCare, echoed Evans’ concerns about being able to attract workers in both the short and long-term.

“We’ve been having trouble recruiting,” Gay said. “We’ve even lost some providers in the area due to housing cost and availability.”

So what’s to be done?

Like Flagstaff, Williams is a land-locked community. The town is surrounded by federal land and can’t simply expand outward to accommodate new subdivisions or vertical housing.

Cameron Maebe, a longtime Williams resident and general contractor, said the cost of building new housing is prohibitive right now, which is why he and others haven’t been able to grow the town’s available inventory.

Maebe said that at current rental prices, he would be taking a considerable loss each month to build an apartment building, and would be unlikely to recoup those losses at any time in the near future because of the cost of materials.

While an abundance of new builds won’t be happening any time soon, there were a few experts on hand with ideas to help the community take advantage of what’s already available, as well as ideas for grants that can help new projects get off the ground .

“We often think of housing as apartments for rent and single family homes,” she said. “We need to take a look at how we design spaces with a smaller footprint.”

Vargas said that land obtained through public-private partnerships can be designed to allow many smaller homes. She also suggested taking a closer look at any developed properties in town that are abandoned, run down or in need of repairs.

“You probably have some properties that are nearing the end of their useful lives, or are underdeveloped, or perhaps could use some code reinforcement or repair,” Vargas said. “Look at every parcel as an opportunity not just to build new, but is there an acquisition program that could be used? Is there an adaptive reuse program?”

Local resident and landlord Kerry-Lynn Moede was interested in restoring deteriorating properties but questioned how the town could go about it without evicting the current tenants.

Vargas said that the town could look at redeveloping these types of properties and potentially helping renters or those using Section 8 vouchers become first-time homebuyers.

Eric Wolverton, executive director of Habitat for Humanity of Northern Arizona, said another vital way to add housing in an area that’s hurting for horizontal space is via land lease programs with both public and private organizations.

Wolverton said there are several projects in Flagstaff that are already using the model, which he described as very successful. In a land lease program, the property owner leases a plot of land to either an individual or organization and allows the property to be developed. This arrangement allows rental homes to be built or moved onto the property with a small lease payment.

Wolverton said the school district, which owns land but which Evans said isn’t interested in being a landowner, could benefit from this type of partnership. The arrangement would allow the school district to lease the land to a non-profit organization, which would then be in charge of developing the property and managing its use. The district would still own the land, but the managing organization could build and let several tiny homes, potentially boosting the school’s ability to house employees.

Wolverton also said it’s beneficial not just to look at a place as a community of renters, but establishing a cohort of first-time homebuyers. He said today’s homebuyers aren’t necessarily interested in 30-year fixed-rate mortgages, or even staying in one place for a third of that time.

A successful solution, he said, is investing in stater homes.

“These are 500-square-foot, stand-alone homes,” he said. “They allow couples or small families to build equity while preparing to move up in their housing situation.”

With a combination of these starter homes and a land lease program, Wolverton said a community could add potentially hundreds of homes with little space that are, most importantly, affordable for a young, transient workforce.