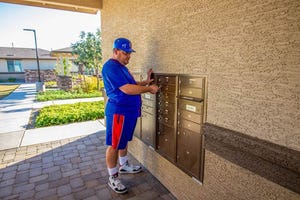 A nonprofit is inviting Phoenix-area Spanish speakers with autism and those with intellectual or developmental disabilities and their families to participate in a study to determine how to best fulfill their housing needs.

An outreach event for the Greater Phoenix Housing Market Analysis study will be held at 6 pm Sept. 13 at First Place-Phoenix, 3001 N. Third St. The event will be headlined by Gabby and José Orozco, who lead Grupo de Apoyo Para Niños , an advocacy group for Spanish-speaking families facing different abilities.

The study is fielded by First Place Global Leadership Institute, which is part of First Place AZ, a nonprofit dedicated to the welfare equity of people with autism and other brain differences. The aim of the study is to gather market data, pinpoint barriers and find ways organizations can collaborate to provide housing for adults with autism and other neurodiversities.

“We know there is a lot of conversation about affordable housing, but often this population — people with intellectual, developmental disabilities — is very invisible in those conversations,” said Maureen Casey, a First Place Global Leadership Institute director. “It is essential that we have those conversations in English and in Spanish in Phoenix because many families with children with autism and other intellectual, developmental disabilities live in the Greater Phoenix metro area.”

Gabby Orozco expects surveys will be completed on sight to better add to the analysis.

“Our kids are getting older. And what are the options, the options they will have once they do some independent living?” Gabby Orozco said.

There is a need for analysis on the issue since people with autism and other intellectual and developmental disabilities may struggle upon entering the housing market, First Place AZ founder, President and CEO Denise Resnik said.

“After they leave the school system, they enter a space which is often disjointed and where there are few if any opportunities for continued learning and living outside the family home,” said Resnik, whose adult son has autism.

A 15-person leadership advisory group will oversee the study, whose findings will be released in October. The study is being partially funded by Make Waves Foundation and affordable housing developer Dominion.

First Place AZ runs First Place-Phoenix, an 81,000-square-foot, 63-apartment complex with amenities for individuals with autism, Down syndrome, traumatic brain injury and for others who have differently abled brains.

For more information or to get involved, email [email protected] or visit firstplaceaz.org.