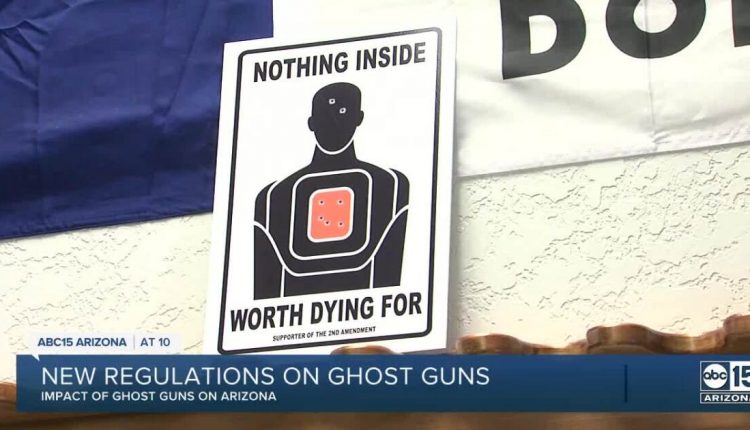 How many ‘ghost guns’ Phoenix police processed in 2022

PHOENIX – In a push to regulate ‘ghost guns,’ which are privately made firearms without serial numbers, President Joe Biden announced a ban on ‘Buy Build Shoot’ kits that can be bought online and assembled without a background check.

In November 2021, a 15-year-old attempted to sell a ‘ghost gun’ to their 16-year-old classmate at Cesar Chavez High School in Phoenix. But the sale turned into a shooting, leaving the 16-year-old in serious condition.

Altogether, the department processes 350 to 400 guns a month, which equates to approximately 5,800 guns in a year. The department wouldn’t immediately provide information on how many ‘ghost guns’ were processed in previous years.

“The numbers are small,” says Retired Assistant Police Chief Andy Anderson. “The ‘ghost guns’ are a small part of the problem, but it doesn’t mean that we shouldn’t address the small parts too.”

Anderson, who was with the Phoenix Police Department for 37 years, says it’s vital that a greater discussion is happening.

“Lots of times what we are finding, when we have these incidents on the street is that the individual involved had a history of emotional problems, and that somebody already knew that they were having emotional problems, [but] they still managed to get a weapon,” Anderson says.

While the number of ghost guns the Phoenix Police Department deals with is relatively small, President Joe Biden says the new regulations will save lives and reduce crime.