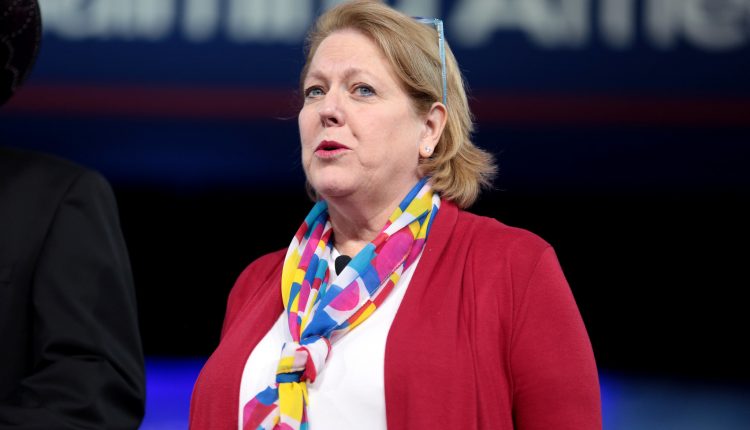 How one of Arizona’s fake Trump electors, Ginni Thomas and an email platform for activism are connected

When Virginia “Ginni” Thomas sent an email to Arizona lawmakers in November 2020 asking them to overturn Joe Biden’s victory in the state, she did so using an advocacy platform that a Republican legislator-elect would go on to own, the Arizona Mirror has discovered.

FreeRoots, the email campaign service that makes it easy for people to send pre-written emails to elected officials that are created and promoted by activist groups was used by Thomas to encourage 29 Arizona lawmakers to use their “plenary powers” to choose Donald Trump over Joe Biden, according to reporting by the Washington Post.

Lawmakers on Capitol Hill are continuing to press Thomas to testify about her role in pressuring lawmakers to overturn the results of the election which included emails from the FreeRoots platform. Queen Creek Republican Jake Hoffman, who sent a letter to Vice President Mike Pence asking him on January 5 to not accept the election results and was one of Arizona’s fake Trump electors, now seems to operate a website built on FreeRoots and has connections to the old platform’s owner.

The company is owned by Eric Berger, who has previously worked at the Heritage Foundation and is an operative of the secretive and powerful political Christian group, Council for National Policy.

But Berger is not the only one who is an operative of the group.

Hoffman is a member of the CNP and in 2021 rallied alongside him and other members in West Virginia against a comprehensive voting rights house resolution known as the “For the People Act.”

FreeRoots  doesn’t send out emails like it once did, it just shows you a landing page that states they and their parent company GPX LLC are looking to “secure SaaS (software as a service) offerings.”

The campaign pages for AlignAct and FreeRoots look nearly identical when put side by side. Both companies offer the same service, an easy way for constituents to reach out to policymakers via email and phone and share the campaign on social media.

While FreeRoots appeared to try to court people from across the political spectrum at one point in time, with people like Chris Cuomo sharing campaigns aimed at pandemic assistance, AlignAct is aimed directly at conservatives.

The main landing page for AlignAct has campaigns directed at hot topics in the conservative ecosphere such as alleged vaccine passports, alleged grooming in schools and unfounded claims of election fraud.

A review of Hoffman’s financial disclosure statements for 2022 shows that the lawmaker lists AlignAct LLC along with two other “Align” related entities as a controlled business, meaning he owns 50% or more of the company. Hoffman did not respond to multiple requests for comment.

The front page of AlignAct currently lists a campaign for one of Hoffman’s bills which would ban all books with descriptions of sex, claiming that the bill will stop sexual grooming in Arizona schools. The AlignAct page was started by his campaign committee.

The visual similarities on the website are not the only connections, the Mirror has found.

On AlignAct’s website, users can download a worksheet to help them craft their campaign prior to creating one. Metadata on the Microsoft Word document lists Eric Berger’s email address under the author section.

After the Mirror reached out to both Hoffman and FreeRoots about the metadata contained within the document, the worksheet was changed to a .pdf and all metadata was scrubbed. 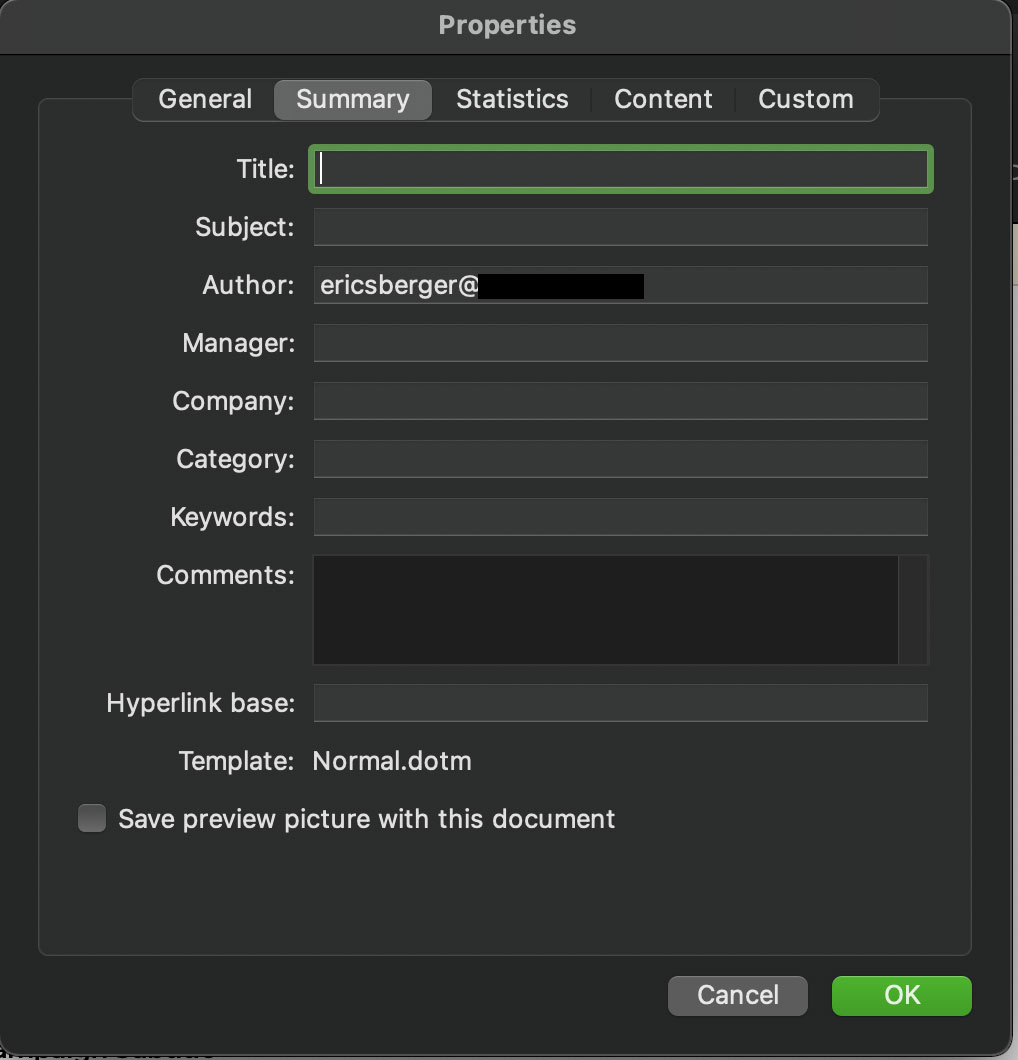 It is unclear how long Hoffman has been involved with FreeRoots and AlignAct. On his most recent financial disclosure statement, he lists “n/a” when asked what type of business activity AlignAct conducts, only describing it as “Public Engagement Software.”

Hoffman has a track record of using technology for conservative political activism. His company, Rally Forge, was found to have created “troll farms” alongside Turning Point USA ahead of the 2018 midterms, operating Facebook accounts that appeared to be Democrats but were in fact pushing conservative political messaging and disinformation.

The creation of the fake accounts, a majority of the accounts were run by teenagers, according to reporting by the Washington Post, eventually led Facebook to permanently ban Hoffman and Rally Forge. The company, and later Hoffman himself, were also permanently banned from Twitter.

Hoffman still lists the company in his financial disclosure statements.

While AlignAct is not a “troll farm” like Hoffman’s other venture, it is connected to a number of organizations that have been spreading disinformation on a variety of subjects.

The email sent by Thomas came from a campaign organized by Act for America which initially started its life as an anti-Muslim group founded in the wake of the 9/11 attacks. It’s founder, Brigitte Gabriel, has said that any practicing Muslim “cannot be a loyal citizen to the United States.”

Thomas’ email to Arizona lawmakers came from an Act for America campaign that linked to a video urging lawmakers to use their “plenary powers” to overturn Joe Biden’s electoral victory and instead declare that Donald Trump won. Arizona law does not allow the legislature to take such an action.

Other organizations with ties to extremism have continued to use Hoffman’s new platform, such as America’s Frontline Doctors, whose members continue to push conspiracy theories and false treatments for COVID-19 as well as being embroiled in Jan. 6.

The anti-feminist, anti-abortion, anti-LGBTQ Eagle Forum also has a presence on the site, as do a number of Tea Party organizations. Their advocacy ranges from including border security to alleged election fraud to stopping the United Nations.

The Mirror created an account to better understand campaigns and their creation on the platform.

AlignAct allows for users to choose if they want to target federal, state, school board or “any other government figure.” The site also allows for “advocates” to add .csv files or choose from lists to “send their message to a strategic group of lawmakers in Congress!”

A donation feature is listed as coming soon. In his financial disclosure, Hoffman reported owning “AlignPay,” which he described as a “Payment Processing Solutions” business.

Those setting up a campaign can also check a box to ask “advocates” for their phone numbers so the campaign organizer can send them text messages at a later date.

Hoffman did not respond to questions about what exactly his role is in AlignAct, what his involvement is in the day-to-day operations and if he was involved with FreeRoots when Thomas sent her emails. However, a letter signed by Hoffman and others lists him as the “President and CEO” of another Align related initiative called “Align for Freedom.”

Berger also did not respond to a request for comment.

GOP budget plan derails amid fighting between the Senate and House