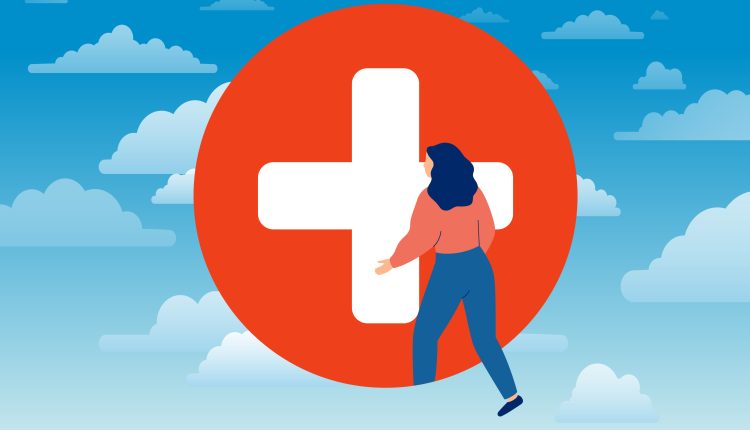 How Optimism Can Close the Medicaid Coverage Gap

More than 2 million low-income people — half of them in Florida and Texas — are uninsured because they are stuck in a coverage gap: They earn too much to qualify for Medicaid, but because of a quirk of the Affordable Care Act, they earn too little to qualify for a subsidized ACA marketplace plan.

The problem affects people in 11 states that haven’t expanded Medicaid.

Some of these consumers, however, likely could get financial help to purchase a marketplace health plan. All they have to do is estimate in good faith that in 2023 they will earn at least as much as the federal poverty level, or $13,590 for an individual. That is the minimum income required to qualify for subsidies that help pay the premiums for marketplace plans.

If their 2023 income turns out to fall short of that estimate, they won’t face a financial penalty or have to pay back money to the government as long as the prediction was not made “with an intentional or reckless disregard for the facts,” said Eric Smith, a spokesperson for the IRS.

No one KHN interviewed is advising people stuck in this “coverage gap” to lie on their marketplace applications (which is a crime). But determining whether an income estimate is optimistic or fraudulent is a gray area. Forecasting income exactly is often impossible, particularly for people working part time or running small businesses.

“People need to be honest in predicting their next year’s income, but what does it mean to be honest when you have no idea what your income is going to be?” said Urban Institute senior fellow Jason Levitis, who worked at the Treasury Department until 2017 and helped implement the health law.

Open enrollment in the federal marketplace began this month and runs through Jan. 15.

Many people don’t realize that whether they get marketplace subsidies depends on their forecast of next year’s income, not the current or previous year’s income, said insurance agents and ACA navigators, who help consumers enroll in marketplace plans. In contrast, eligibility for Medicaid and most other government assistance programs is based on current income, and some states refuse to enroll any adults without children even if they have extremely low incomes.

Several ACA navigators and insurance agents interviewed by KHN mistakenly thought clients would have to pay money back to the government if they estimated their incomes would exceed the poverty level but then didn’t. They also believed the government would ask applicants for documentation that verifies their income if their estimate didn’t match up with other government data.

But that assumption is also untrue.

“The marketplace no longer requires additional income documentation if available data from previous years shows income below 100% FPL but the attestation for the current year is above 100% FPL,” said Ellen Montz, deputy administrator and director of the Center for Consumer Information and Insurance Oversight at the Centers for Medicare & Medicaid Services.

Previously, documentation was required when applicants projected that their income would be above the poverty level and federal data showed current earnings below. But in March 2021, a federal court overturned that provision. And falling short of the poverty level doesn’t affect an individual’s eligibility to apply for subsidies in future years, Montz said.

The Affordable Care Act required states to use billions in federal dollars to expand eligibility for Medicaid, the federal-state health program for low-income people, to everyone with incomes up to 138% of the poverty level, currently $18,755 for an individual. But in 2012, the Supreme Court ruled that the expansion was optional for states.

Today, 11 states have a coverage gap because they did not expand Medicaid. In addition to Florida and Texas, those states are: Alabama, Georgia, Kansas, Mississippi, North Carolina, South Carolina, South Dakota, Tennessee, and Wyoming. South Dakota voters this month approved a constitutional amendment to widen eligibility starting in July 2023. Wisconsin also did not expand Medicaid, but it covers adults earning up to 100% of the poverty level.

Sarah Christian, navigator coordinator with the South Carolina Primary Health Care Association, said she was unaware that there was no penalty for people who earn less than the poverty level and overestimate their income to qualify for subsidies. She said her organization had advised consumers based on the belief that “the government will flag” predictions that exceed current income and ask for proof.

Alison Holmes, 58, of Longwood, Florida, thought she would be stuck in the Medicaid coverage gap for a 10th consecutive year in 2023 because her family’s income this year was $16,000 — well short of the $27,750 that a family of four must earn to get marketplace subsidies. But after recently being offered a part-time job as a grant writer, she believes that her 2023 earnings will push the family’s income over the poverty level. As a result, she plans to sign up for coverage.

For the first time in a decade, Holmes said, she felt hopeful that health insurance might be within her reach. “Even if it was for one year,” she said, “to be able to get all the tests, what a weight it would be off my shoulders.”

Holmes’ children are covered by Medicaid, and her husband has coverage through the Department of Veterans Affairs.

Even though she has met with ACA navigators, Holmes said, she did not know the IRS couldn’t require her to pay back money if her family’s income ultimately fell short of the poverty level. Without health coverage, she worries she won’t be able to stay healthy to care for her son who has a disability.

Kelly Fristoe, president of the National Association of Health Underwriters and an insurance agent in Wichita Falls, Texas, said he asks clients who aren’t eligible for Medicaid but whose incomes are less than the poverty level to think about ways they can make more money. “When I hear people say they only make $10,000 or $12,000 a year, I say, ‘C’mon, man, is there anything else you can do to make money, such as mowing grass or cleaning out a garage, just to get you to the $13,500 mark?’” he said. “‘And if you do that, you can get your health insurance at no cost.’”

That’s because people with the lowest incomes qualify for the highest subsidies, which generally allows them to choose a health plan with no monthly premium and little or no out-of-pocket costs. Fristoe said he helps enroll people who are confident they will earn enough to put them over the top of the federal poverty level. But “some say, no, there’s no way they can do that, and I have to say, ‘There’s no way I can help you,’” he said.

She noted that the earnings of low-income people often fluctuate, partly because the number of hours they work and their pay can change during the year. Consumers may want to give a good-faith estimate for next year that is higher than what they earned in the current year.

“How do you distinguish fraud from optimism?” she said.

Although people with incomes below the poverty level don’t have to pay anything back for overestimating the following year’s income and receiving ACA marketplace subsidies, people with higher incomes are expected to pay money back to the government if they underestimate their earnings and get a larger subsidy than they are entitled to — up to certain amounts. For example, an unmarried person whose income is 100% to 200% of the poverty level would pay back a maximum of $350 if the person’s 2023 income was higher than predicted, according to the IRS.

José Ibarra, who oversees ACA navigators at CentroMed, a community health center in San Antonio, said that about a third of the people coming in for help have incomes below the poverty level and are in the coverage gap.

“It’s the most heartbreaking situation when we run into people right on the bubble,” he said. “We coach people to ask applicants if they think they can expect to pick up a few more hours of work because they are so close to the threshold. We want people to make the best honest projection for the next year, and we take them at their word.”

Islara Souto, navigation program director for the nonprofit Epilepsy Alliance Florida, said the government’s past income verification system for people with incomes under the poverty level deterred people from signing up, so many consumers stopped seeking help and navigators stopped trying to persuade them to apply.

“We’re so under the habit. We’re a Medicaid non-expansion state,” she said. “You fall under the income limit, and you’re not going to get subsidies.”

But after learning from a KHN reporter about the easing of requirements, Souto said she would work with navigators to reach out to consumers who had been denied in the past. “We’ll go back a few years and find consumers we know had that situation and revisit them and maybe reach out and say, ‘Let’s try this,’” she said.