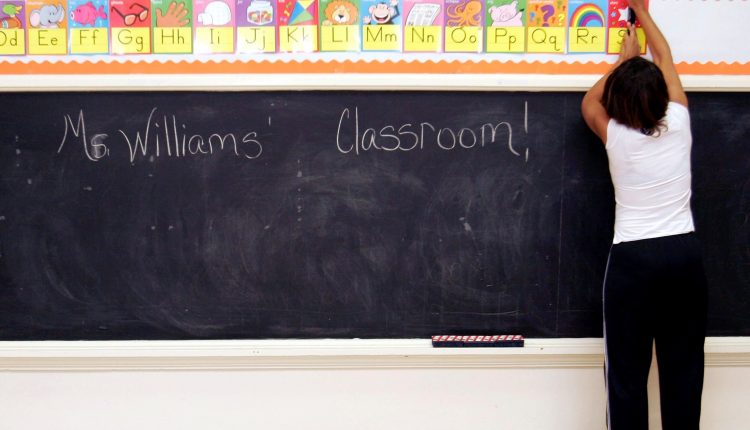 As the number of monkeypox cases spread across Florida, more and more school districts will have to contend with how to approach the disease as public school students, teachers and staff start their first day of school this week.

So far, districts haven’t gotten much guidance from state health officials, leaving those sorts of questions unanswered for the time being.

Cody Strother, of the Escambia County school district in the Panhandle, told the Phoenix that they haven’t yet gotten any guidance from the Florida Department of Health, though monkeypox cases have risen to 938 cases. As of Monday, the state health agency for the first time reported one monkeypox case in Escambia County.

Without additional guidance for monkeypox, the Escambia school district will continue with COVID-related safety measures as its defense against monkeypox.

“Just a real emphasis on sanitation, making sure all our surfaces get cleaned and sanitized with regularity and making sure our facilities are as clean and as sanitary as possible,” Strother told the Phoenix.

In northeast Flagler County, on the Atlantic coast, there’s one monkeypox case as of Monday.

Jason Wheeler, a communications staffer for the district, told the Phoenix that, “we have no reason to really do anything right now,” regarding additional safety measures for the school year.

Wheeler added that if the state Department of Health comes out with guidance regarding monkeypox spread, the district will “abide by those recommendations.”

But Escambia and Flagler are on the lower end of case numbers in Florida — nothing compared to the more than 300 cases each in Miami-Dade and Broward counties. In total, Florida is nearing 1,000 cases in the state, up almost tenfold from just July 11.

And, it’s not clear if the state health department is interested in sharing any guidance about monkeypox regarding Florida’s school districts.

“We are now getting requests for monkeypox guidance from school boards,” said Redfern.

He continues: “@FLSurgeonGen and @HealthyFla isn’t going to let you put masks on kids for a disease that is almost exclusively spreading among adult men through sexual contact.”

The Florida Phoenix reached out to Redfern several times for clarification on his tweet and have yet to receive a response.

Currently, the Centers for Disease Control and Prevention (CDC) reports that a majority of monkeypox cases have been among men who have sex with men, but emphasizes that “any one can get monkeypox.” Monkeypox can spread through “close, personal, often skin-to-skin contact,” as well as touching objects such as clothing, bedding, and surfaces that have been used by someone with monkeypox, the CDC says.

Education Week, a national education news site, provided some advice for school leaders and notes that “there’s no cause for panic among school and district leaders.”

“While there are likely to be additional pediatric cases as the country works to contain the outbreak, school leaders should be informed, not alarmed, said Wafaa El-Sadr, professor of epidemiology and medicine at Columbia University,” Education Week reports.

Currently, it seems unlikely that monkeypox will spread widely in schools, Education Week reports, though it notes that some children are at a higher risk of severe illness if they are infected. That includes children 8-years-old and under and children with compromised immune systems or certain skin conditions.