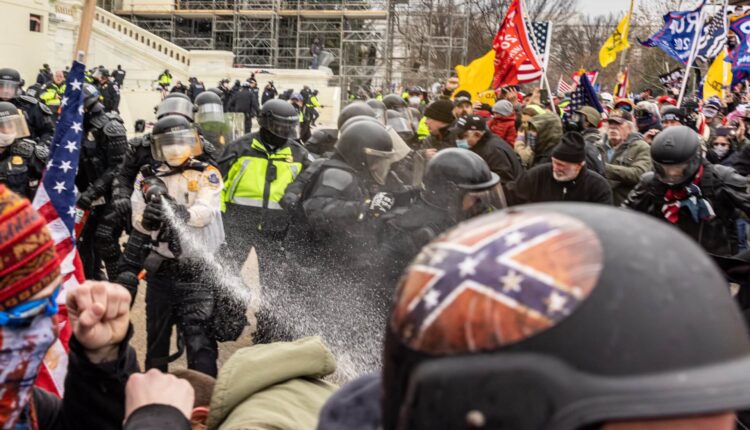 How the Jan. 6 insurrection led the GOP to its 2023 House speaker farce

When the attack on the Capitol happened two years ago, Americans watched with horror as the insurrectionists tried to stop Congress from certifying the results of the 2020 election. It was also a day that the Republicans set themselves up for not only their 2022 electoral shortcomings, but the coming chaos of the 2023 election season.

The length it is taking to pick a House Speaker among the GOP members — unprecedented since the Civil War — is only just the beginning. And this is no reason for any Democratic Party celebration.

Rather, this is a nightmare for all Americans.

We know that, on Jan. 6, 2021, the rioters who stormed and desecrated the U.S. Capitol weren’t just going after Democrats. Many Congressional Republicans were also the targets of those who launched the assault. On that day, House Republican Leader Kevin McCarthy got in a heated verbal exchange with defeated President Donald Trump, according to NBC News and numerous other sources.

McCarthy placed the call to Trump, according to a source familiar with the matter. Another source told NBC News that McCarthy was shaken up during the call and was asking the president for help. Trump told McCarthy on the call, “Well, Kevin, I guess these people are more upset about the election than you are,” according to Rep. Jaime Herrera Beutler, R-Wash., and another Republican member familiar with the conversation. At one point during the phone call, McCarthy told Trump: “Who the f—k do you think you are talking to?” according to a Republican lawmaker briefed on the conversation.

That assertive McCarthy might have won the House Speakership. But that’s not McCarthy today. After he went to Mar-A-Lago and kissed the ring to get back into the former President’s good graces, nobody could take him seriously as a leader. As Stephen Colbert told his audience, “Kevin McCarthy’s weakness is… his weakness.”

Trump decided to make an 11th hour pitch for McCarthy late on Tuesday, but all it did was make McCarthy perform worse on Wednesday. Even if he does manage to eventually win, he’ll be wearing a metaphorical barrel, without any clothes, having given away any power he might have once had.

That’s because if January 6 itself didn’t expose our now ex-president for what he is, then the January 6th Committee provided a lot more information to connect the dots on everything. We now realize exactly how lucky we were, and how close we came to losing it all that day.

It’s not much better for other congressional leader choices. Many of the alternates are members who voted against certifying the 2020 election results. Obviously, the vast majority of the country (and even most GOP members) don’t support this, but with such a narrow margin of House control, mostly due to gerrymandering and questionable candidates like George Santos, the party doesn’t have a lot of choices. Once someone is eventually chosen, we’ll be subject to every conspiracy theory investigation of the coronavirus, vaccines, Hunter Biden’s laptop, the 2020 election, and even those who investigated the tragic events of January 6.

When you have enough members to cost you your majority who support shutting down the government and crashing the economy to support the same goals as the January 6th attackers who wanted to trash it all, we could see history repeating itself, in the very same place, metaphorically speaking.

How David Stevens is making Cochise County a ‘laboratory’ for election…