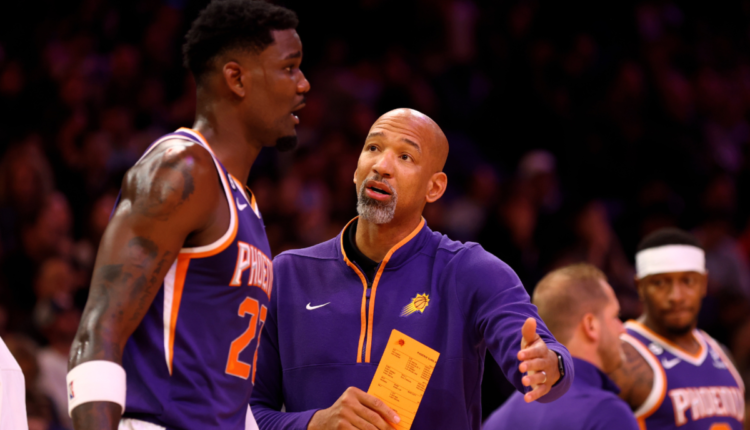 The Phoenix Suns hope to stop the losing, but the Cleveland Cavaliers might be too hot to handle at the moment.

More particularly, Donovan Mitchell may be too much for the Suns after his 71-point outing on Monday. With Devin Booker still out with a groin issue, Phoenix has failed to see anybody take the scoring reigns upon themselves in the last week.

Can that change on Wednesday evening?

Here’s how to bet tonight’s action between the Suns Cavaliers:

Chris Baker: “With Darius Garland currently being listed as doubtful I lean towards the under 218 here. Evan Mobley may be returning for the Cavs and that would be significant boost for their defense.

“We just saw the Suns play an unbelievably methodical game against the Knicks where there was only 86 possessions in the entire game. Now the Suns get to go up against a Cavs team that rank dead-last in the NBA in pace.

“I also think that fatigue could be a factor considering the Cavs just played an overtime thriller that saw multiple key players exceed 38 minutes. Donovan Mitchell played a remarkable 50 of the potential 53 minutes in that victory over the Bulls.

“The Suns also may have their own fatigue issues as they have been six flights in the past 11 days. This team has been traveling constantly and it is starting to reflect in their recent box scores. I expect this to be a slow-paced methodical half court game so take the under 218 and play it down to 217 here.”

Rory Breasail: “But this bet is as much about Ayton as it is about the Cleveland Cavaliers. In a league increasingly defined by perimeter play, the Cavaliers were one of the first teams to follow in the footsteps of the Milwaukee Bucks’ two-big approach by playing Jarrett Allen and Evan Mobley together. The pair has proven a formidable one. Even with no real small forward option and two small guards in Donovan Mitchell and Darius Garland, Cavaliers lineups with both Allen and Mobley have a defensive rating of 110.6, which is just about 80th percentile league-wide.

“It’s the combination of the two that should really present problems for Ayton. Allen is the more physically imposing of the pair, who plays the center spot and will match up with DA on most possessions. Allen is strong and savvy enough to keep Ayton from Ayton then also has to worry about Mobley lurking off ball, and the combined length could force Ayton into turnovers or other wasted possessions.

“Ayton was a virtual no-show in his previous two games against the physical frontcourts of the New York Knicks and Toronto Raptors, scoring just 12 and four points respectively. I’m expecting similar results tonight.