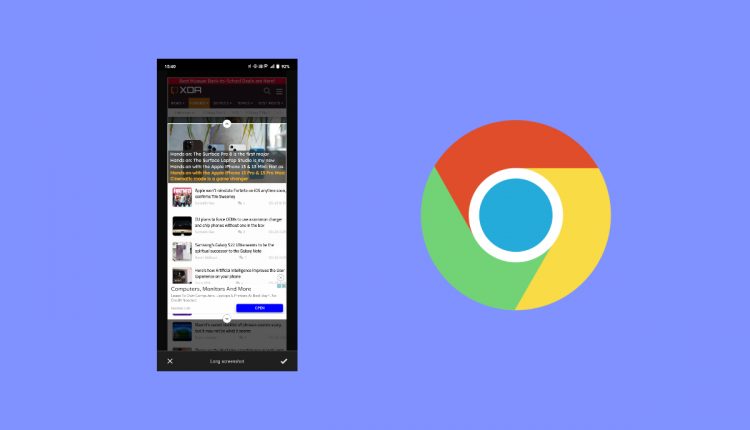 Google has updated the Chrome browser for Android with version 94, which brings some new features. One of the more interesting features currently hidden behind a feature flag is the ability to take full-page screenshots. If you are on a webpage that can scroll down and want to capture all of the contents of the page, you can do so now in this version of Chrome. Many smartphone manufacturers offer the ability to take scrolling screenshots on their custom user interfaces, and Android 12 has the feature built in as well. However, if you don’t have it on your phone by default, you can now use that feature in Chrome.

Although it was introduced as part of the Chrome 94 update, using the new full-page screenshot feature requires a few steps to activate. That’s how it’s done.

How to Take Full Page Screenshot in Google Chrome on Android

That’s pretty much it. You can now take full-page screenshots in Chrome on Android. Note that you only have to activate the flag for the first time, after that the function remains under the Share option. While Android 12 has the ability to natively take scrolling screenshots, this is a useful feature for those who are not using the latest Android version or who only want to manually capture part of the webpage.

The Checkup Is in the Mail? Soliciting Letter Carriers to Help Deliver Health Care

If Kyrsten Sinema wants to be a bridge-builder, she should start with her own party