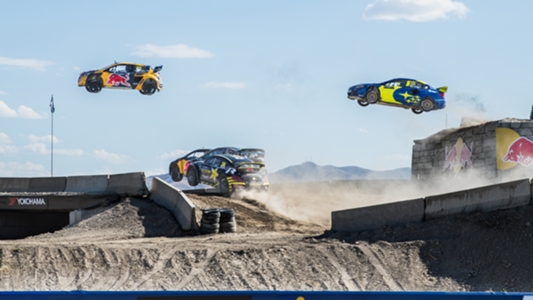 How to watch the Phoenix Nitro Rallycross live on DAZN today

The latest event in the current campaign is set to go ahead this weekend, with DAZN showing the event in most regions.

DAZN has the rights to show NRX in many regions across the world, with coverage this weekend with the Phoenix Nitro Cross Rally.

NRX is a rallycross event that takes place mainly across the United States, but also in other countries.

Then DAZN returns to the action the following day on Sunday, November 13, with coverage starting at 12pm ET / 5pm GMT, with a host of action starting immediately.

Here is everything you need to know about the Phoenix Nitro Rally Cross.

When is the Phoenix NRX today?

Where is the Phoenix NRX held today?

The weekend’s event will be held at the Wild Horse Pass, Phoenix, Arizona, United States.

How can I watch the Phoenix NRX today?

NRX is broadcast on DAZN across the world, except in Australia, New Zealand and the UK.

Where can I stream DAZN?

Here is a list of devices where DAZN is available, including web browsers on DAZN.com:

Note: In Argentina, Chile and Colombia, new users can sign up via devices only, and not via web. Download the DAZN app via Apple’s App Store or the Google Play Store.