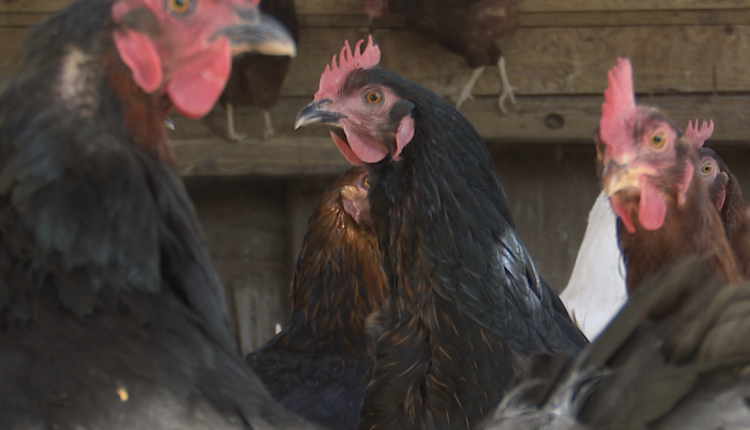 Inflation causes high egg prices in the US, not in Tucson

TUCSON, Ariz. (KGUN) — The month of March had the fastest inflation surge since the pandemic. Increased food prices were a large contributor, specifically with eggs.

Cathy Lolwing works on a farm with 700 chickens. This farm is a non-profit. Employees rely on donations and tax credits to provide food for those in need.

“Like a lot of nonprofits, we struggled to meet our monthly obligations, and the chickens are a big part of it,” said Cathy Lolwing, Executive Director of Felicia’s Farm.

“You need scratch, layer crumble, you need water, vitamins, and you need people to take care of them,” Lolwing said.

She says almost every aspect of raising chickens has gotten more expensive this year, and those costs carry over to the chickens’ eggs. The Bureau of Labor Statistics reported that retail egg prices rose almost 2% in March.

“In the last several weeks we’ve seen a doubling roughly of wholesale eggs,” said Paul Cisek, co-owner of Johnny Gibson’s Market. “The kind of eggs we use in the restaurant industry, in our deli.”

Cisek says despite increased costs, his market and other retailers in Tucson are keeping egg prices stable.

“I think the retail will hold the price for as long as they can and then you may see that price increase at some point in time down the road,” Cisek said.

That means Tucsonans won’t see high prices for eggs this Easter weekend. But Cisek expects prices to go up in the next month or two.

“Small increases we can absorb, but then eventually, it’s like a flood gate,” Cisek said.