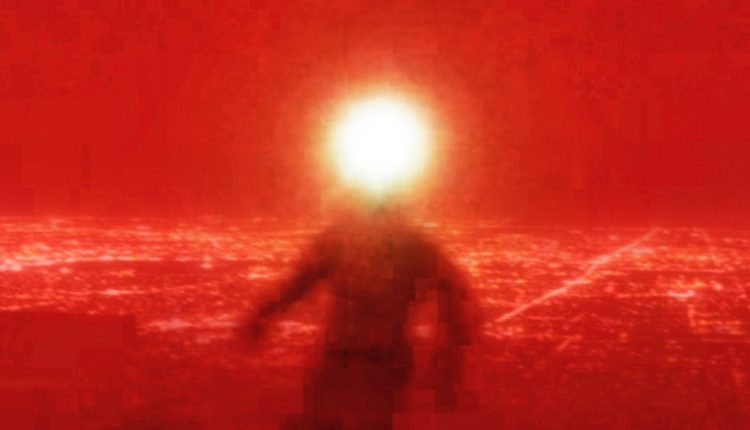 Injury reserve: Until I get to the Phoenix Album Review

For almost 19 minutes, Isaac Hayes’ cover of Jimmy Webb’s “By the Time I Get to Phoenix” expands Webb’s love story into a soul epic and expands the neat pop structure of the original to a smoldering haze. On their first album after member Stepa J. Groggs passed away, Injury Reserves channel the spirit of Hayes’ remake, expanding their signature noise rap into freeform thickets of texture and tension. Avoiding form and legibility, the Arizona group embraces the noise, trip-hop, and post-rock influences that lingered on the fringes of their earlier work.

The cornerstone of By the Time I Get to Phoenix is ​​an improvised DJ set Injury Reserve, which was played on tour in 2019. Building on a recording of this set, the group wrote the album at the beginning of the pandemic and largely completed it when Stepa died in late June 2020. This more performance-oriented approach – less “Let’s make a strange rap song” and more “Let’s create” – changes you Songwriting completely new. The songs are immediate and intuitive, full of personality and ideas.

Ritchie With a T’s manic verse on the opener “Outside” is an anxious stream of stutters, gasps and chants bobbing across a drumless emptiness of sirens, keys and distorted voices. Rhymes are sparse, but his performance is engaging, the lack of percussion underscoring his subtly metered flows. “What is the elephant in the room? / Let’s talk to them,” he says, a line that could be a wink or just a copy of his thoughts. When the drums appear after nearly four minutes, they are the coda of the verse, not its foundation.

“Ground Zero” takes a different approach. The drums finish in the middle as Ritchie babbles about touchdowns, icy jewelry and Anquan Boldin routes. In the past, Injury Reserve’s oversized eccentricity could serve as a gimmick, with Stepas and Ritchie’s Jedermann-Rappen being oversold by the weird beats of producer Parker Corey. The mood here is more relaxed and exploratory than declarative, the trio never gets on their feet. You feel uninhibited.

Ratking and Standing on the Corner come to mind as Ritchie who delivers most of the vocals, raps, sings and growls via Parker’s changing arrangements. But where these groups locate their restlessness in the tangible energy and voices of a cityscape, Injury Reserve often conjures up the intangible. Stepa’s verse about “Footwork in a Forest Fire” is pure disorientation. “There’s panic in the sky / Even when it’s down / There’s nowhere to go / You better run and hide,” he raps, his instructions are a koan. “Top Picks for You” is similarly abstract. “Your blood rushes through this house / And your habits long afterwards / Grab the remote control, something you would have liked to see appears / I’m like ‘Classic'”, raps Ritchie and adopts an increasingly disembodied language – blood, Habits, a remote control, a TV show – to describe a deceased loved one. In the whole of Phoenix, images and sounds dissolve in this way and flicker, quicksand in a bowl of dust.

It is evidence of Corey’s production that the record maintains a center as it continually unwinds. While his earlier beats could get overcrowded (“All This Money”) or unnecessarily outré and ostentatious (“GTFU”, “Eeny Meeny Miny Moe”), here it is rather handy and emphasizes the atmosphere. “Smoke Don’t Clear” has some of the most reserved drum programs in its catalog, its thick, dubby bassline leading Ritchie’s theatrical whisper. Both “Knees” and “Superman That” are built around jagged guitar and drum loops that create rhythmic and melodic cliffs. It doesn’t feel like a coincidence that Zeroh, a well-known federation of different sounds, mixed this up. Even if it gets confusing, the album invites you to immerse yourself.

Injury Reserve’s reputation as a non-rap fanatic group has always been overrated. But like many alt-rap acts, they lacked self-control, their style being driven more by their eclectic demeanor than their vision. On By the Time I Get to Phoenix they introduce themselves again as explorers with big eyes, a representative who corresponds to their fascination for the mechanics of rap, its limits and its future.

Check out 10 of our top rated albums of the week every Saturday. Register here for the 10 to Hear newsletter.