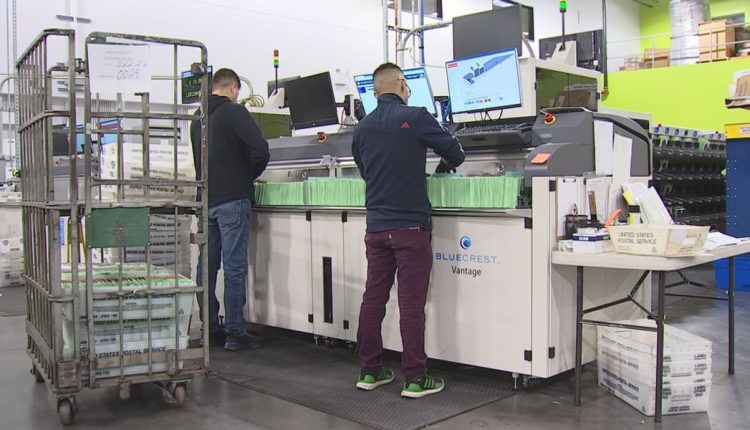 PHOENIX (3TV/CBS 5) — With Election Day quickly approaching, every part of the process is getting additional scrutiny. So what happens once you put those early voting ballots in the mail? If you live in Maricopa County, they go to a Phoenix company, Runbeck Election Services, which helps process them.

Runbeck Election Services has the equipment and specially trained employees to handle those returned ballots. They said it makes it easier for the county to ultimately count the ballots.

The machines move quickly, taking photos of the back of the envelope. They can do 50,000 of them an hour. “We’re just scanning the envelope to make sure it’s part of this election,” said Jeff Ellington, the CEO of Runbeck.

What was a mundane part of elections has received a lot more attention. Over the last three years, Ellington has opened up their Phoenix facility in an effort they said to show the public how much care, thought and oversight is built in. “It’s not about Democrat, Republican, it’s not even about policy. As a company, we’re neutral,” he stressed.

Runbeck prints ballots for the vast majority of counties here in Arizona and many across the country. In 2006, they began processing return envelopes for Maricopa County, the only county they do it for.

An important note is Runbeck Election Services said they never open any of the envelopes. Maricopa County delivers them and picks them up sealed. “There’s a barcode that identifies that voter on the envelope and then we also take a picture of the signature, and then send all of that over to Maricopa County,” Ellington said.

The Election’s Department checks to see if the signature on the envelope matches up with the one they have on file. “Usually what you’ll see if somebody forgot to sign it, husband and wife will cross sign meaning ‘I sign my wife’s envelope, she sign’s mine.’ They don’t know it matters,” he explained.

The county alerts Runbeck, who then sorts them again, separating those that were accepted from those that weren’t. Maricopa County will then follow up with the voters whose envelopes were flagged. After that, they’ll begin opening and ultimately tabulating ballots for those that were approved.

Runbeck has surveillance cameras everywhere in and around their facility, and Maricopa County has a security guard who provides Runbeck to oversee this work. Still, the company has had to contend with threats, which is why they have security at their facility around the clock.