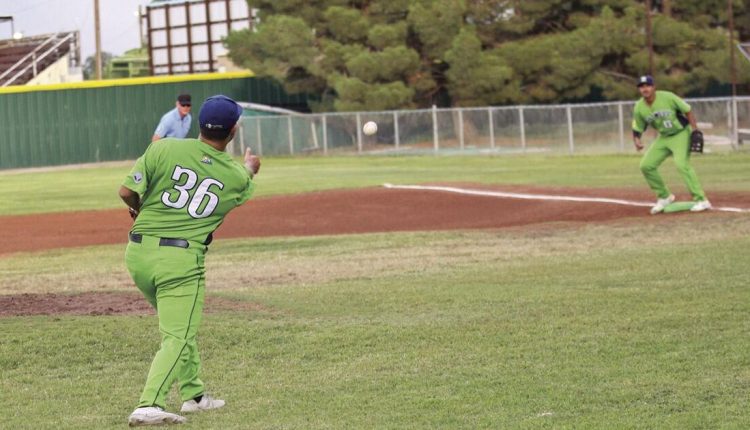 The Roswell Invaders lost their final home game of the season against the Tucson Saguaros last Wednesday by a final score of 5-4.

The game was delayed twice due to spotted heavy rains and lightning. The first delay took about 30 minutes and there was another 10-minute delay after a brief downpour.

Invaders pitcher, newcomer Kenny Stewart, was the third pitcher of the game against the Saguaros. Stewart hopes to be another bullpen guy to “come in and close games out.”

“I’m originally from San Diego, started this season off in Montana, got released, and now I got my second chance here,” Stewart said. “It’s hot but I like the people, I like my teammates. It’s a good situation.”

The Invaders will be traveling to the Texas capital to play their last three games of the regular season against the Weirdos, then it’s off to face the Alpine Cowboys in the postseason on Wednesday.

US to fill border wall gaps at open area near Yuma, Arizona

Go Sipping In Flagstaff, Home To Some Of Arizona’s Best Watering Holes