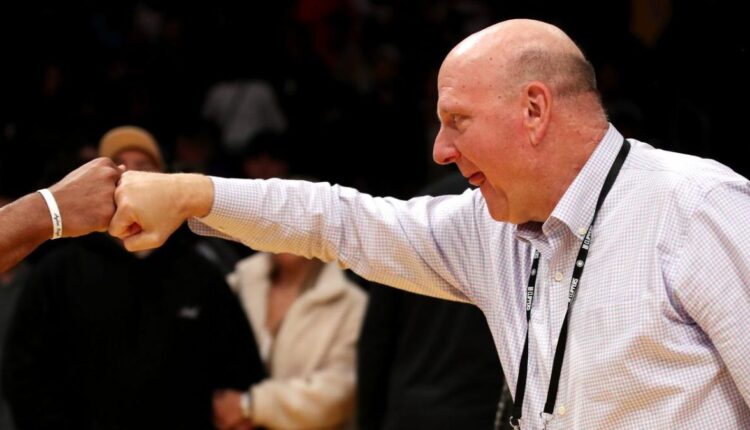 Billionaire Mat Ishbia reached an agreement this week to buy a majority stake in the Phoenix Suns at a $4 billion valuation, a deal that put him in a league with Los Angeles Clippers owner Steve Ballmer—in more ways than one.

Not only did the price top the previous record of $3.3 billion that Joe Tsai paid for the Brooklyn Nets and Barclays Center in 2019, it set another NBA mark for its price-to-revenue multiple, the common valuation metric investment bankers use for sports teams . The $4 billion price tag is 13.3 times the Suns’ 2021-22 revenue and just over 12 times the estimated revenue for the current season. It is a major outlier compared to other NBA team sales and reminiscent of another transaction from eight-plus years ago.

In 2014, Ballmer shocked the sports world when he bought the Clippers for $2 billion, more than three-and-a-half times the previous record price set months earlier when Marc Lasry and Wes Edens paid $550 million for the Milwaukee Bucks.

The price was more than 12 times the Clippers’ revenue, versus the five times that the Bucks and Sacramento Kings sold for over the prior year. Two years earlier, a trio of NBA teams sold for roughly three times their prior season revenue.

Ballmer’s price was widely seen as an overpay at the time, with the next two highest bids at $1.6 billion and $1.2 billion. But the former Microsoft CEO, who is the ninth richest person in the world with a net worth of $87 billion, according to Bloomberg, got in just ahead of two landmark deals for the league. Months after Ballmer bid, the league secured a nine-year, $24 billion TV pact with ESPN and Turner Sports that tripled the prior agreement on an annual basis. The league then secured a new collective bargaining agreement in 2016 that was more owner friendly and boosted league-wide profits.

The Clippers are now worth $3.73 billion in Sportico’s NBA team valuations published in December and are poised to move higher as they prepare to move into their new arena, Intuit Dome, in 2024. Within 10 days of breaking ground on the venue, the club locked in nearly $1 billion in sponsorship revenue between the Intuit naming rights and a long-term partnership with financial services firm Aspiration.

Ishbia potentially paid a significant premium to what others were willing to spend. Sportico is aware of bidders for the Suns in the mid-$2 billion and low-$3 billion range. And like Ballmer, Ishbia is buying a team as the league prepares to reach new TV and labor deals over the next 18 months. Part of the sale pitch for the Suns? The new TV deals that start in 2025 will push the Suns revenue over $400 million.

Sportico valued the average NBA team at just over $3 billion and a multiple of 8.9 times revenue. It is higher than the NFL (7.6), MLB (7.4) and NHL (5.3). The premium is tied largely to the coming bump from the new TV deal, as well as the international opportunities ahead for the most global US sports league.

Tucson prepares for 1,200 migrants and asylum seekers a day when Title 42 is lifted