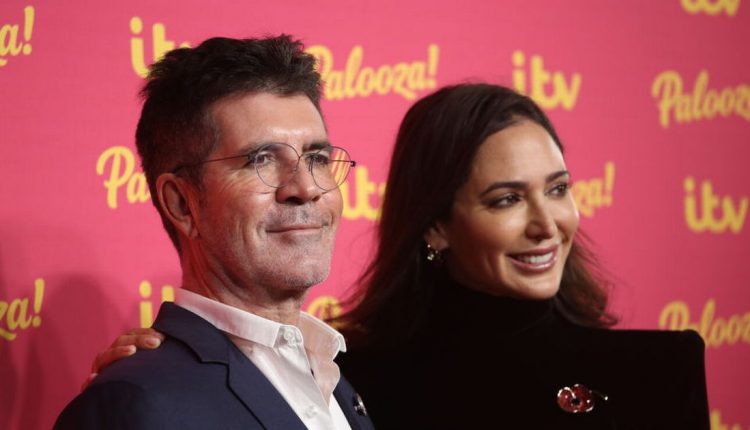 We love a celebrity’s love life, and you probably didn’t know that Britain’s Got Talent judge Simon Cowell has had quite a history with famous ex-partners over the years. Simon has settled down with partner Lauren Silverman since 2013.

Simon, 62, is now very much a family man, being a father to seven-year-old Eric, who has an adorable nickname for him. Speaking to Entertainment Tonight, Simon, who was recovering from breaking his back in an e-scooter crash, said: “I never would’ve had this kind of time with Eric before. He was amazing, because I was very embarrassed when I got home from the hospital.

“And he came in, because I’ve got all these metal rods in my back and screws and he went, ‘Dad, you look like Iron Man.’ And I went, ‘Yeah, I’m like Iron Man, yeah.'”

But long before his days as the head of his family, he had quite the few famous flings from Page 3 models to rumors of being with an X Factor judge. Here is the low-down on every single partner Simon has had.

Terri is Simon’s longest ever girlfriend, as the couple spent seven years together before she dumped him. They first got together in 2001 and the couple lived in London and Los Angeles. She and Cowell remained friends after they parted ways.

The Page 3 model dated Simon for three years after meeting in 1995. There were rumors that the pair became engaged but they relationship ended when she reportedly wanted children, but he wasn’t ready.

Probably one of the most recognizable guest judges on The X Factor, the British singer is arguably one of Simon’s most famous ex’s. The pair dated in the 1980s until she ended things and embarked on a relationship with David Essex.

Simon and Sinitta have remained close friends, and she regularly appeared on The X Factor as a guest mentor during the Judges Houses’ round.

Page 3 model and dancer Georgina Law dated Simon in 2002, later selling a story to The Sun about their relationship.

She said: “I met Simon at the Spearmint Rhino Club where I used to work occasionally. This was before Pop Idol so he wasn’t famous.

“He is a lovely man and we had a casual relationship for about six months. We weren’t proper boyfriend or girlfriend, but we’d see each other regularly.”

Another page three model, Jackie and Simon dated in the 1970s. Despite their relationship ending, the pair have continued to remain good friends and Simon has regularly invited Jackie on holidays with him and his partners.

Tom Bower’s unauthorized biography of Simon Cowell called ‘Sweet Revenge: The Intimate Life of Simon Cowell,’ reveals that the two X Factor judges reportedly had an affair together around the year 2007.

In it Simon says: “It was Dannii’s hair, the sexy clothes, and the t**s. I was like a schoolboy. She was foxy. She was a real man’s girl. Very feminine. It was genuine love.”

Mezhgan Hussainy is a makeup artist and was engaged to Cowell from 2010-2011
(Image: Getty Images)

You probably didn’t know that Cowell has proposed more than once in his life. He was engaged to make-up artist Mezhgan Hussainy from 2010 to 2011.

After a series of rows, the pair called off the wedding. But, Cowell then gave ave his ex-fiancee a £5 million house following the end of their relationship.

Lauren Silverman and Simon Cowell have been together since 2013
(Image: Kopaloff/FilmMagic)

Lauren and Simon met in 2013, but Lauren was at the time married to Andrew Silverman. Later in July that year, Andrew filed for a divorce on the grounds of adultery. Two weeks later, Simon and Lauren confirmed that the pair were expecting a baby together.

She gave birth to their son, Eric, in February 2014. Simon Cowell recently announced his engagement to Lauren in January 2022.

Want more from MyLondon? Sign up for our daily newsletters for all the latest and greatest from across London here.

Pentagon fast-tracks mystery drone for Ukraine. What is it?