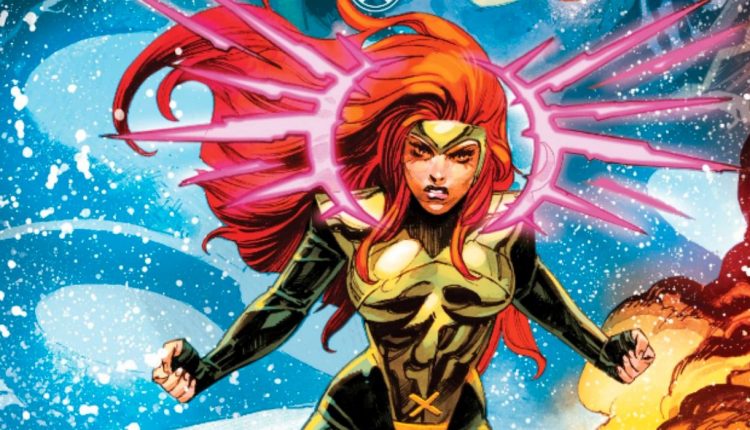 The connection between Jean Gray and the Phoenix has always been mysterious – but Marvel is finally promising to resolve it once and for all.

The true connection between the X-Men‘s Jean Grey and the Phoenix Force will finally be revealed. The precise relationship between Jean Gray and the Phoenix Force is one of the greatest mysteries of X-Men comics. In large part that’s because it has been subject to more retcons and rewrites than any almost any other aspect of X-Men lore; after all, the Phoenix wasn’t initially treated as an external force in the first place, and the idea that Jean was a separate entity was a fix implemented to bring her back without making her responsible for an act of genocide.

Grant Morrison’s New X-Men run came closer than any other to defining the relationship. He adapted the theological concept of “apotheosis,” the moment when a human being transcends their humanity and becomes a god. This idea was linked to the Pharaohs of Egypt, who were believed to become gods the moment they ascended to claim the throne. A modified version of the doctrine of apotheosis can be found in Christian circles, although it’s most commonly associated with Eastern Orthodoxy. There, it refers to a human being united by grace with a pre-existing divine nature.

But Marvel has promised an upcoming AX.E. Judgment War tie-in, AXE: X-Men #1 by Kieron Gillen and Francesco Mobili, will finally clear up the mystery. Marvel’s official press release for the issue – which will release in October – teases its scale:

The Phoenix Force has been the subject of countless retcons over the years, but recent comics have completely redefined its mythology. The current Phoenix Host is Echo, and she was chosen because she has a very different relationship to the cosmic force of death and rebirth. She recognized the Phoenix as the Thunderbird. “The blood of the Cheyenne flows through my veins,” Echo mused as she bonded with the Phoenix. “Like many of the native tribes, my people have always believed in a winged spirit of change. A great bird of fire that brings the summer. That protects us from the things that would feed on us, in the darkness and the sea. In the long, cold winter. Today, for better or worse, I have become that change.”

Famously, Jean Gray broke her connection to the Phoenix in the X-Men: Phoenix Resurrection one-shot, when she was brought back to life once again – but sought to blaze her own trail. Clearly the Phoenix isn’t done with Jean Gray just yet, though, and AX X-Men #1 promises to be essential reading. The only question is whether X-Men fans will be satisfied with the resolution of Jean Grey‘s Phoenix connection – because there are a lot of loose threads to be tied together.

look for AX: X-Men #1 when it releases in October from Marvel Comics!

Tom Bacon is one of Screen Rant’s staff writers, as well as a peer mentor for new writers and a member of the Care Team, offering support and a listening ear to members of the Comics group. A lifelong fan of major franchises including Star Wars, Doctor Who, and Marvel, Tom is delighted his childhood is back – and this time it’s cool. You can find him on Twitter @TomABacon. A graduate of Edge Hill University, Tom remains strongly connected with his alma mater as a volunteer chaplain. He’s heavily involved with his local church, and anyone who checks him out on Twitter will swiftly learn he’s into British politics too.