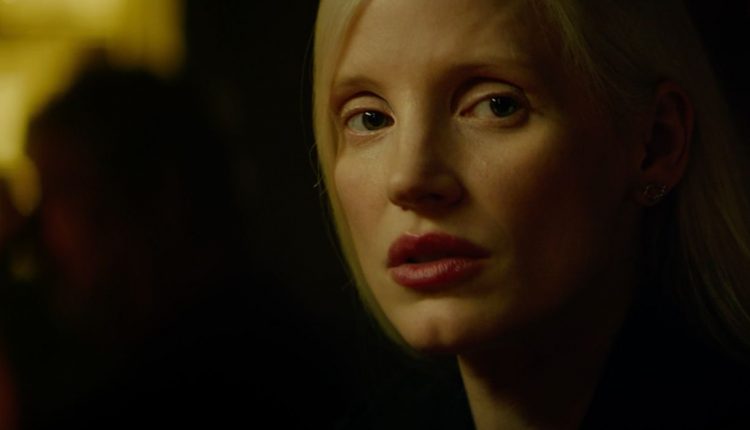 X-Men: Dark Phoenix star Jessica Chastain reveals that she didn’t know what her character was called until the premiere of the film.

There were a lot of issues behind the scenes at X-Men: Dark Phoenix, the final installment in Fox’s X-Men franchise before the studio was taken over by Disney. Obviously, there was a lot of confusion when star Jessica Chastain recently admitted that she wasn’t aware of who her character really was.

In an interview with Josh Horowitz, Chastain spoke about her experience compared to Oscar Isaac’s. She explained, “The reality is that our situations have been very different. My situation – I think … the studio was bought at one point. I didn’t even know my character’s name until I saw the movie … ‘What’s up?’ “She continued,” It was an interesting thing. But Simon Kinberg, who directed it, is an incredible person. “

Set in the 1990s, X-Men: Dark Phoenix follows the events of X-Men: Apocalypse after Jean Gray was forced to unleash her power to defeat the ancient mutant En Sabah Nur. In Dark Phoenix, Chastain played Vuk, a member of the shape-shifting alien race known as the D’Bari. She tried to capture and destroy Jean, who was enveloped by the power of the cosmic force, the Phoenix Force.

The film went through a long post-production of a year, which is unusually long for a film. The reason for this was that Kinberg wanted to focus on the details of the visual effects. Fox also delayed the film several times to facilitate re-shoots after test screenings resulted in negative feedback from the audience. The film has also been fundamentally rewritten. As an example, the film was originally intended to show the Hellfire Club and the return of Emma Frost. They were eventually replaced by Skrulls in revisions, which were replaced by the D’Bari in subsequent revisions. It’s likely that these paraphrases led to Chastain’s uncertainty about who or what her character was.

X-Men: Dark Phoenix was originally scheduled to be released in March 2018. The premiere was postponed to November 2, 2018 and then again to February 14, 2019. Disney’s acquisition of Fox took place in March 2019 and kicked off several projects in uncertainty, including Dark Phoenix and New Mutants.

Fans have guessed the fate of the X-Men following the Disney takeover of Fox and are trying to figure out when and how the X-Men will debut in the Marvel Cinematic Universe. Earlier this year, it was reported that a reboot of X-Men was in development. More recently, Marvel Studios announced four untitled projects to be released during 2024. There is speculation that at least one of these projects will introduce the X-Men.

READ ON: Hugh Jackman recalls the “great” response to the Wolverine debut

Star Wars: What is behind a Jawa hood? The stuff of nightmares

Narayan Liu (/ Nəraɪʌn Lɪʊ / in IPA) is a post and news writer and junior editor at CBR. From Hong Kong, currently based in Sweden. These days Narayan writes about movies, TV shows, comics and video games, or anything related to The Witcher. He does this during his language, culture and communication studies at the University of Linnaeus. You can follow him on his blog (narayanliu.wordpress.com), on Twitter (@Narayan_Liu), or contact him directly at Narayan (dot) Liu (at) gmail.com.