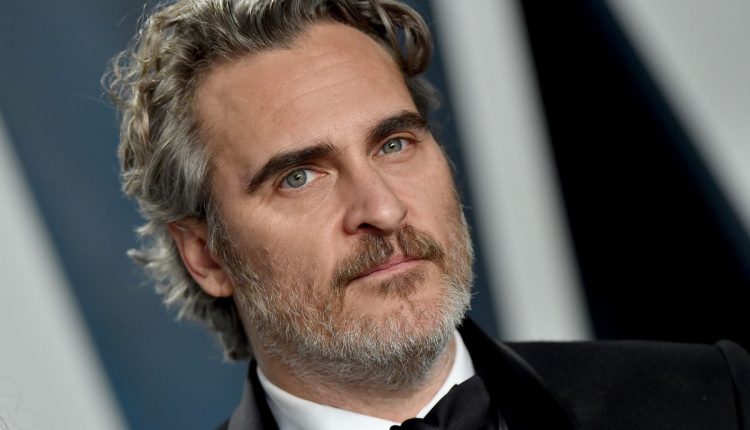 Joaquin Phoenix is ​​universally regarded as a brilliant actor who continually portrays interesting characters experiencing some form of mental anguish. These choices don’t always lend themselves to real comedy, but the actor does have a few lighthearted roles in his filmography. In one of his earlier movies, he provided a voice for the largely forgotten Disney animated picture Brother Bear. A mistake by Phoenix actually made it into the finished movie thanks to a piece of quick thinking from his younger co-star.

As featured on YouTube, among other unscripted animated moments, in Brother Bear, Joaquin Phoenix voices Kenai, a young hotheaded member of an Alaskan tribe. He and his brothers, Denahi and Sitka, receive totems from the tribe elders in the shape of animals representing the paths they must traverse before becoming men. Kenai’s totem is the bear of love, which he finds ghastly because he believes bears are just low-level thieves. Of course, the next bear they see swipes the brother’s salmon basket, and the brothers chase the animal to the top of a glacier. Sitka dies saving his brothers as the glacier begins to collapse, and Kenai vows to get revenge on the bear. He accomplishes his goal, but the spirits transform him into a bear as punishment for killing one in anger.

Kenai quickly meets an orphaned cub named Koda (no prizes for figuring out who his mom was), and the two develop a friendship as Kenai gets used to his new perspective.

Their initial uneasiness is displayed during one scene where Kenai dismisses a story Koda tells about his friend Bucky. Phoenix got so worked up that he messed up the line by saying, “I don’t care about the time you and Binky found the biggest pine cone ever.” Koda was voiced by Jeremy Suarez, a child actor who was 13 at the time, but the kid didn’t let his inexperience stop him from improvising off Phoenix’s error by responding, “First of all, his name’s Bucky, not Binky, second, it wasn’t a pine cone, it was a pine nut and it was huge even bigger than your fat head.”

The producers appreciated his quick thinking so much that they kept the moment in the movie. Brother Bear made over $250 million worldwide but was not well-received by critics or audiences. A planned TV spinoff was canceled and a sequel was only released direct-to-video.

Even then, it was surprising to find Joaquin Phoenix in a movie expressly made for children. He had entered the mainstream conversation thanks to his performances in Gladiator and Signs. Phoenix’s reputation as a serious actor who delves into the deepest depths of humanity has only gotten stronger since the Brother Bear days. There aren’t many moments of levity in Joker or The Master.

His biggest swings at comedy are all divisive in some way. The most notable one is I’m Still Here, the performance art piece turned mockumentary he made with Casey Affleck. The reveal that Phoenix’s acting retirement and pivot to being a rapper was a bit explained some of the weirdness behind his behavior at the time. Still, the inert satire of celebrity and allegedly disturbing antics that went into making the spoof convinced most people to dismiss it as a mediocre vanity project.

Some level of apathy might’ve been preferred in the case of the 2001 film Buffalo Soldiers. Phoenix stars as US Army Supply Specialist Ray Elwood, a disaffected soldier stationed in West Germany just before the fall of the Berlin Wall who has a side hustle dealing heroin to military cops. A movie criticizing the US military was a tough sell right after 9/11, so Buffalo Soldiers didn’t make it to theaters for two years. It received decent reviews once it was finally released.

2014’s Inherent Vice isn’t a comedy per se, but the Paul Thomas Anderson film does create some funny moments involving Phoenix’s Doc Sportello character. An adaptation of a Thomas Pynchon novel, Doc is a private investigator who wonders through the world in a weed-induced haze that leaves him and viewers confused about what is happening in 1970s Los Angeles and who is culpable. Anyone looking for a straightforward detective story will be left disappointed, but the movie’s shaggy and silly nature has become beloved by a smaller section of fans.

Joaquin Phoenix’s next few movies will follow his usual style. First up is Disappointment Blvd., written and directed by Ari Aster. If it’s all in the same vein as Hereditary and Midsommar, the film will be incredibly well-made and a deeply unpleasant experience for the viewer. Disappointment Blvd. will be released at some point in 2023.

The actor is currently filming Napoleon, a historical epic directed by Ridley Scott for Apple TV+. Phoenix will play the titular French leader as he rises the ranks to become a leader through the lens of his intense relationship with his first wife, Josephine.

After that comes Joker: Folie à Deux, the recently announced sequel to the controversial 2019 movie that Phoenix earned his first Oscar. Todd Phillips will likely approach the film with an overtly self-serious tone again, although the rumored idea of ​​Phoenix and Lady Gaga making a musical about the Joker and Harley Quinn is so absurd that it could be hilarious, intentionally or not.

Health Insurance Price Data: It’s Out There, but It’s Not for the Faint of Heart