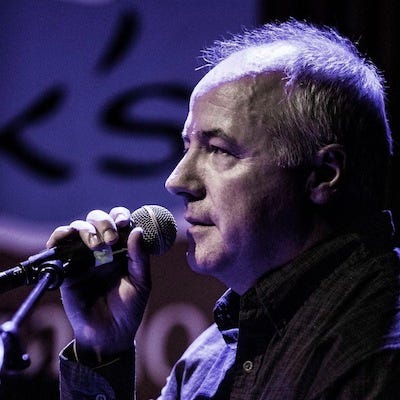 Burlington – John Francis Howley, 61, of Burlington died suddenly on May 6, 2022 from a heart attack. His sister, Suellen Howley was with him at his passing, holding his hand. Born in Burlington on September 30, 1960, the son of James and Jacquelyn Howley, he grew up playing the drumsticks on his parent’s couch and was a self-taught professional rock and roll musician, playing keyboards in bands throughout his life. He composed music and was in an original band, Little Sister. He would perform concerts for his family of Charlie Brown Christmas music and jazz, which were his favorites.

He attended Marlboro College in Marlboro, Vermont where he received his Bachelor of Arts. It was here that he met Michon Davies, whom he later married. He moved to Flagstaff, Arizona where he worked at the public library. From there, he went to Tucson, where he received his master’s degree of library sciences from the University of Arizona, and he worked at the Tucson Public library, enjoying the staff bowling and dodgeball nights. John often organized poker nights for the library staff and played the piano for various library events.

His beloved dogs, Monk and Willow, would move with him to Longmont, Colorado, where he would finish his career at the Longmont Public Library. Later, returning to Burlington, Vermont he volunteered at the Fletcher Free Library in retirement and played keyboards during Friday afternoon jams. He also enjoyed his film noir movies and Facebook. John was an avid chess player and his love of games began in childhood. He had a running Rummy card game with his grandmother for years, during which they kept tight score. His most recent favorite games included Wordle and Pass the Pigs, and he enjoyed watching Jeopardy with his cousins, Phil and Julie.

You could count on him to drive you anywhere as he loved driving and would enjoy door dashing at night since he was a night owl, finishing up the evenings with his cocoa and peanut butter toast. He was creative, loving, kind and funny with an amazing intellect. He enjoyed photography and his family loved watching his slide shows. He was loved by so many people; he never knew the impact he had on his friends and family.

John is survived by his sisters Suellen Howley, Johanna Page and Annie Pernicka, his nieces and nephews and their spouses and children: Laura Howley and Brandon Peterson, Liam and Kim Page and their children, Calvin and Elliot, Michaela Page and Justin Schreiber and their children, Emerson and Maeve, and Devon and Ian Davis. He is also survived by his sister-in-law Kay Howley, many cousins, the extended Howley, Abair, and Quinn families, and countless friends. John was predeceased by his parents, brothers Nicholas and Flip Howley, brother-in-law Michael Page, and nephew Gavin Howley.

A celebration of John’s life will be held at Ready Funeral Home South Chapel, 261 Shelburne Road, Burlington, on Thursday, May 12, 2022 from 5:00 – 7:00 pm, followed by a brief memorial service beginning at 7:00 pm . Because John loved words and storytelling, please bring something to share during this service – a quote, a prayer, a poem, a song – anything that resonates with you about John. Donations in John’s memory may be made to Green Mountain Pug Rescue to the attention of Phil Douglas, 283 Town Line Road, Mendon, Vermont 05701.

Man pulls out replica gun, killed by another man with a real gun, police say