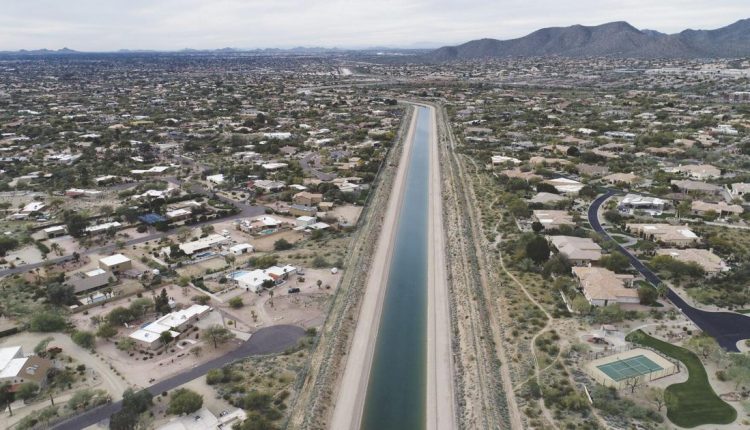 Mohave County officials are now seeking an agreement to share legal fees, as the city of Yuma and two Arizona counties join an ongoing lawsuit against the US Bureau of Reclamation over a transfer of Colorado River water rights to Central Arizona.

Discussion began Nov. 7 as Yuma officials joined Yuma County and La Paz County in legal action sought by the Mohave County Board of Supervisors, in reference to the transfer of more than 2,000 annual acre-feet of Colorado River water rights to the community of Queen Creek. On Monday, the Mohave County Board of Supervisors will vote on whether to approve a joint representation agreement for communities opposed to that transfer.

That representation would be contracted through Phoenix-based law firm Clark Hill, which was authorized by the Mohave County Board of Supervisors in September to pursue possible legal action against the US Bureau of Reclamation to prevent that water transfer from taking place. The cost of that representation, according to county records, would be no more than $100,000 under this year’s county budget.

Debate has been ongoing in the transfer of Colorado River water rights to Queen Creek since 2019, when Scottsdale-based Greenstone Acquisitions proposed the agreement with state officials to transfer that water from Cibola-based GSC Farms to the Central Arizona community. Colorado River communities have long opposed the transfer, citing a dangerous possible precedent that could lead to similar deals in the future – and the enrichment of Central Arizona at the river communities’ expense.

That agreement was approved last year by the Arizona Department of Water Resources, and now awaits a final decision by the US Bureau of Reclamation. Mohave County sought an environmental analysis for the transfer prior to the agreement being finalized this year, but reclamation officials said the transfer did not constitute a “major federal action” that would significantly affect any human environment. The Bureau argued that no environmental impact statement would be necessary.

The Mohave County Board of Supervisors is scheduled to vote on whether to approve a joint representation agreement and cost-sharing arrangements for Yuma County, the city of Yuma, La Paz County and Mohave County with Clark Hill on Monday, at the board’s next meeting in king man