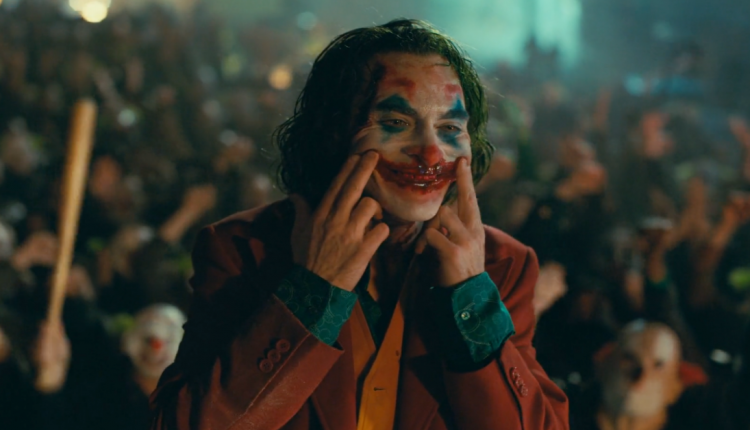 Warner Bros. and DC Comics recently revealed that a sequel to 2019’s Joker movie would soon go into production, with Joaquin Phoenix returning to the role. Director Todd Phillips is also set to return and revealed that the title to the film would be Joker: Folie á Deux. Folie á Deux can be defined as an identical or similar mental disorder that affects two or more individuals. This probably means that we could wind up seeing two versions of the Joker or both, the Clown Prince of Crime and Harley Quinn. One fan is hoping to get two versions of the Joker with Phoenix as Arthur Fleck and Willem Dafoe as another version of the character.

An Instagram artist that goes by the handle of @Jaxonderr created an awesome fan made poster that shows off both actors in the role. Dafoe looks absolutely insane as the character and would be the best person to go toe-to-toe with Phoenix. Now, I wouldn’t get my hopes up for this match-up as it’s more than likely a film about Joker and Harley Quinn. Lady Gaga is heavily rumored to join the film in the role, as the word around town is that the film will be a musical. You can check out the fan art below!

Phillips has been in the news of late after his name popped up in reports suggesting he was a filmmaker Warners was interested in having potentially lead DC Films. At one point, the director did admit he pitched an entire “dark” label to DC bosses, though that’s never come to fruition — yet.

“When I pitched them ‘Joker,’ it wasn’t a movie, it was, let’s do a whole label,” Phillips said in 2019. “They shut that down quickly and I get it. Who am I to walk in and start a label at a film studio? But they said, let’s do this one.”

He added, “Here’s the real truth about a sequel. While Joaquin and I have talked about it, and while touring the world with Warner Bros executives — going to Toronto, and Venice, and other places — of course, we’re sitting at dinner and they’re saying, ‘So, have you thought about…?’ But, talking about contracts, there’s not a contract for us to even write a sequel, we’ve never approached Joaquin to be in a sequel. Will that happen? Again, I just think the article was anticipatory at best.”

What do you think of the fan art? Let us know in the comments section below or or by hitting up our writer @NateBrail on Twitter!