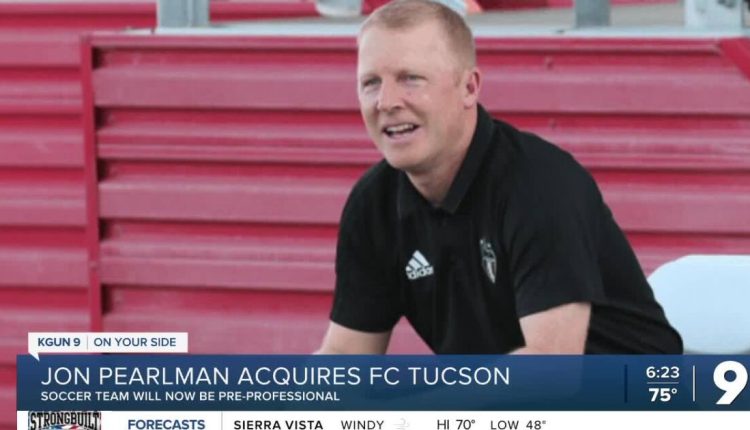 Pearlman and a locally based ownership group is purchasing the soccer team from Benevolent Sports Tucson. The team will play in the pre-professional USL League Two, as opposed to the USL eague One, in which it participated the last four years. Tucson FC put out a statement that says the switch may be temporary, but that is dependent upon its stadium situation.

“It is important to the Tucson soccer and business community to build upon our successes, and the best way to do that is to field a League Two with the intent to return the club to the professional ranks in the near future,” said Pearlman in a statement. “We are committed to finding a viable stadium solution, which is key to building a successful, sustainable professional club. I have been involved in soccer in this community for nearly three decades, and I am dedicated to seeing FC Tucson continue to be an integral part of Tucson’s storied sports landscape.”

FC Tucson currently plays at Kino Sports North. Before participating in USL League One, it played in USL League Two, which was then called the Premier Development League.