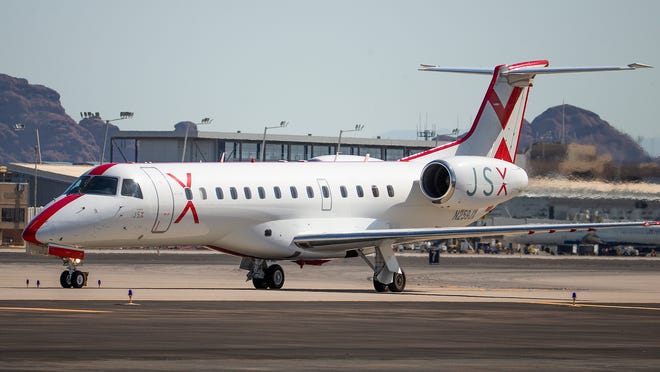 JSX airline is adding a new Phoenix to California flights

Need a faster, more seamless way to fly from Phoenix to California? JSX is adding a new twice-daily non-stop flight between Phoenix and Oakland beginning February 18. Introductory fares start at $199 each way and include two checked bags and onboard cocktails and snacks.

The airline says it offers a “hop-on-jet service,” which uses 30-passenger jets that depart and land from private terminals. JSX is in its third year flying passengers from the Swift Terminal at Phoenix Sky Harbor International Airport.

“We’re trying to do something between an airline ticket and a private jet,” CEO Alex Wilcox told The Arizona Republic in 2019.

Other JSX flights from Phoenix

The company targets targets that are less than 500 miles apart. From Phoenix, travelers can also fly to Las Vegas and Burbank, California with JSX.

How to book a JSX flight

A few dates to Las Vegas have tickets for $99 each way; Most prices are higher. Book on jsx.com.

Support local journalism like this story by subscribing today.

Black Rock Coffee Bar opens a drive-thru-only store in Tucson, Arizona for people on the go