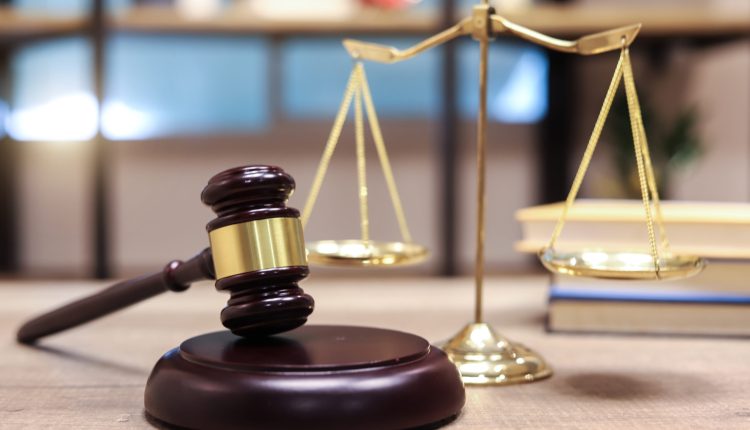 A judge ruled Monday that Cochise County cannot conduct a hand count of all ballots cast in the midterm election, saying that it is not legal in Arizona.

The decision blocks, for now, the latest effort by GOP leaders to hand-count ballots, a method experts say is slower and less accurate than machine counts. Republicans nationwide have nonetheless pushed hand counts in the wake of the 2020 election, saying they distrust the security and accuracy of vote-counting machines even after multiple court reviews and investigations across the country found that machines tallied the votes accurately. A hand count ordered by one Nevada county ran into problems last month.

In Cochise County, the Republican-led board of the southern Arizona county planned to use the vote-counting machines to tally votes but also wanted a full hand count. Last month, the board ordered the full hand count, painting it as an expansion of the limited hand-count audit already prescribed in state law. Typically, the hand-count audit in Cochise County examines four or five races on fewer than 2,000 ballots. The board called for one that would have examined four races on all ballots, with estimated turnout at about 40,000.

Pima County Superior Court Judge Casey McGinley wrote Monday that the supervisors had no authority to order the full count.

He said state law requires counties to start the audit by randomly selecting ballots to examine out of those cast in-person on Election Day, and it’s not possible to randomly select ballots when examining all ballots. For ballots cast early, he wrote in his order, the counties must examine a pre-set sample size, not all of them. He directed the county recorder and elections director to proceed with the more limited hand-count audit outlined in state law.

The Cochise County effort is strikingly reminiscent of the full recount of Maricopa County’s 2020 presidential election. Some of the lawyers defending the process are even the same, as is the stated goal: to improve voter confidence. Like Maricopa’s audit, it also features partisan leaders who have been spurred on by conspiracy theories and are inexperienced at election best practices; it would receive outside resources; and it has lacked public transparency.

The difference here is that the partisan review in Maricopa County happened long after results were certified, with no chance of affecting the outcome. This one would happen before the results are certified, which could have delayed the process or prompted a messy dispute over results.

The Arizona Alliance for Retired Americans, a civil rights group, and a Cochise County resident sued to block the expanded audit, arguing it was illegal. Lawyers from Elias Law — the firm founded by Marc Elias, who typically represents Democrats and often litigates voting rights cases — argued for the plaintiffs. The secretary of state’s office also said it wasn’t permitted under the law and threatened to sue, but ultimately just filed a brief in the case in support of the hand count opponents.

The ruling halts the hand count for now, but McGinley said Friday he expects his decision to be appealed. If appealed, the court would need to address the matter quickly, since state law says the audit must start within 24 hours after the polls close

“Drastic changes to election processes, especially during an election, would create chaos and confusion,” Bones wrote.

Month-long spectacle comes to a close, for now

The decision comes after a month-long spectacle in Cochise County, with multiple hours-long meetings debating the full hand count as it went from on, to off, to on again.

The two Republican supervisors on the three-member board, Tom Crosby and Peggy Judd, were at first adamant that they would approve a full hand count. Then, the secretary of state’s office threatened to sue, and state Rep. Joel John, a Republican, warned of potential loss of state funding.

Crosby and Judd instead approved a hand count that expanded the number of ballots tallied in the county’s election audit, without clarifying whether it would look at all ballots or not, sparking mass public confusion. They even held a subsequent meeting to reassure the secretary of state’s office they would only be conducting a partial hand count. Then they received a favorable informal opinion from the state attorney general on the matter and decided to move forward with the full count anyway, prompting the lawsuit.

The in-person Election Day ballots must be selected randomly. “By common definition, a selection of precincts is not random if all precincts are chosen,” the judge wrote on Monday.

Regarding the early ballots, while the set number is prescribed in law, the Election Procedures Manual also states that “counties may elect to audit a higher number of ballots at their discretion.” The supervisors who approved the full count relied on this wording to make their case.

But the judge found that state law supersedes the procedures manual when there is a conflict, according to legal precedent that says  “an EPM regulation that contradicts statutory requirements does not have the force of the law.”

McGinley wrote that while the full hand count was meant to “ameliorate fears” that vote-counting machines do not count votes correctly, there was “no evidence before this court that the tabulation is inaccurate in the first instance, or more importantly, that the audit system established by law is insufficient to detect any inaccuracy it may possess.”

Crosby declined to comment on the ruling Monday evening because he hadn’t seen the judge’s opinion. Stevens did not respond to an email requesting comment.

Would the supervisors certify election results?

Prior to the judge’s ruling, the warnings about the illegality of the hand count caused the county’s election director, Lisa Marra, who typically conducts the hand count audit, to bow out. That put it in the hands of County Recorder David Stevens, even though he has no experience performing the audits.

McGinley questioned Stevens on Friday about what he would do if the hand count results differed from the machine count. Typically, if the results don’t match by a certain margin, the audit is expanded.

Stevens, who has supported the idea of a full hand count from the start, told McGinley that he would report the results from the hand count to the board prior to the board’s vote to finalize results, even if the counts were different.

“I feel I would be bound to report what the audit produced. What happens after that would be out of my hands,” Stevens said.

That would leave the county supervisors, two Republicans who say they don’t trust the machines and one Democrat who says she does, to decide whether to certify the official results from the machine count.

While every county certified 2020’s election results, Republican supervisors across the state felt pressured not to do so, and some in other states officials attempted to block certification of their results. If Republicans running for statewide office do not win, some of those candidates have suggested that they will assert it was due to election fraud, and there may again be pressure for counties to block certification.

Disparate results from the hand count may provide supervisors with a new reason to say the vote-counting machines cannot be trusted. But there are other, more likely reasons why the counts could be different. As many explainers and debunks have pointed out, hand counts are far less accurate than machine counts, because humans have proven to be poor at repetitive tasks.

If the hand-count audit was to go later than Nov. 28, it would not meet the deadline for counties to certify their results. If the results from the hand count were to differ substantially from the machine count, it might cast enough doubt on the results for the county board to refuse to certify them.

Stevens, the recorder, and the supervisors who supported the audit are being represented by Bryan Blehm and Alexander Kolodin, two attorneys who, at times, represented the Cyber Ninjas, the company the Arizona Senate Republicans contracted to lead the Maricopa County full hand count.

Blehm questioned Marra aggressively at the hearing Friday, insinuating that the longtime county elections director was opposed simply because she was upset the supervisors had reassigned the audit to Stevens.

“You believe this is your baby, don’t you?” he said.

For her part, Marra made clear that she would only do the audit as prescribed under state law.

Marra testified that she has real concerns about the chain of custody being broken if she hands them off to Stevens, because as the officer in charge of elections, it’s her responsibility to keep the ballots secure. She said she believes she would be charged with a felony if the chain of custody were to be broken.

The rush to produce procedures for the proposed audit, and lack of experience of the person running the count, is “a recipe for disaster,” plaintiffs’ attorney Lali Madduri told the judge Friday. The planned count would put the security of the ballots at risk, create counting errors, and damage voter confidence, she said.

All day Friday, attorneys questioned Stevens and Marra about their understanding of state law regarding the hand-count audit, as well as whether Stevens could pull this off without prior experience. The testimony of the two officials diverged on important points.

Stevens told the court he had more than enough volunteers, about 300, to make the full hand count possible. He said he would start training volunteers on Wednesday and begin the count on Saturday or Monday.

Stevens testified that he had four possible locations he could use, and the space would be “donated.” Arizona law prohibits election officials from accepting private money for election costs, but this would be an in-kind donation, which is legal.

State law says that no more than 75% of volunteers can be appointed by the same political party. Stevens said he believed he had enough volunteers, including Democrats and Libertarians, to meet that requirement.

Madduri grilled Stevens on how exactly he would ensure ballots were secure, questioning him on how he would keep the ballots from becoming damaged, if he had written training procedures, and how many days he had to complete the full count.

Stevens said he had eight business days of counting planned, but he thought he could accomplish the tally of the 40,000 or so ballots in less than two or three days.

Stevens told the court he plans to use a method that Marra separately testified would lead to too many inaccuracies. In this method, one person calls out the vote on each contest, and two people write down the result. After 25 ballots, the results are compared. If there are any discrepancies, they do it again.

Marra said, through experience, she learned the stacking method, which requires ballots to be stacked based on the candidate who won the race, is more accurate and efficient.

When Stevens was asked whether Marra would be allowed to observe, Stevens said he doesn’t want to exclude anybody, “especially her, because she has some experience.”

Opportunity to participate in USA volleyball in Yuma