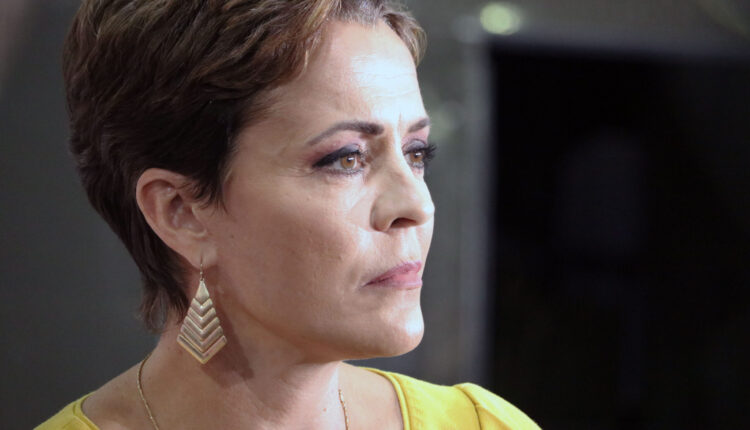 A judge dismissed seven of nine counts in Arizona gubernatorial candidate Kari Lake’s lawsuit that challenges the outcome of her race, setting a high bar for what she’ll have to prove at trial to win the suit.

The case is set for a two-day trial, to begin at 9 a.m. Wednesday.

Through the suit, Lake, a Trump-endorsed Republican who often shared the false message that the 2020 presidential election was stolen from Trump, sought to overturn the results of the election, which she lost to Democrat Katie Hobbs by more than 17,000 votes — almost 0.7 percentage points.

Maricopa County Superior Court Judge Peter Thompson on Monday evening dismissed Lake’s counts claiming violations of the First Amendment by election officials; that invalid ballot envelope signatures were accepted; that Republicans were discriminated against on Election Day; that voting by mail is unconstitutional and that the 2022 election was invalidly certified in Maricopa County.

Thompson allowed a portion of Lake’s claim to move forward in which she alleged that a Maricopa County employee interfered with ballot-on-demand printers, leading to Lake losing votes on Election Day. He also allowed claims that the county didn’t follow proper chain-of-custody procedures in handling early ballots cast on Election Day, allowing employees of its contractor, Runbeck, to add their families’ ballots at their facility instead of at a voting center or designated ballot drop box.

To prove the printer-related claims at trial, Thompson wrote, Lake must show that the person who allegedly tampered with the printer is covered under election law, that “the printer malfunctions caused by this individual directly resulted in identifiable lost votes” for Lake and that those lost votes would impact the outcome of the election.

During a Monday hearing, attorney for Lake, Kurt Olsen of Washington D.C., argued that “one of the most critical features” of Lake’s suit was the “mysterious appearance” of 25,000 new ballots in Maricopa County between Nov. 9 and Nov. 10, saying that this was allowed to happen because of the county’s failure to maintain proper chain-of-custody for the ballots.

Olsen’s claim is based on the county’s announcement on election night that it had received around 275,000 early ballot drop-offs that day, and its update of that number to 298,000 on Nov. 10.

Thomas Liddy, of the Maricopa County Attorney’s Office, denied those claims during the Monday hearing..

Because everyone wants to know what the turnout was like after the election, the county initially publicly released an estimate that 275,000 early ballots were dropped off on Election Day, but then updated that number to 298,000 once the ballots had actually been counted, Liddy said.

“That’s not all-the-sudden the creation of ghost ballots,” Liddy said.

While Liddy previously argued that Lake and her lawyers only believed there were chain of custody violations because they misunderstood the county’s forms for documenting it, Thompson said that would be determined during the trial.

To come out victorious in the trial, Lake’s attorneys will have to prove that any lack of compliance with chain-of-custody rules was intentional and that it led to Lake losing the race, Thompson wrote.

Even after the majority of her claims were thrown out Tuesday evening, Lake seemed to be celebrating.

“Our Election Case is going to trial,” Lake tweeted. “Katie Hobbs (sic) attempt to have our case thrown out FAILED. She will have to take the stand & testify. Buckle up, America. This is far from over.”

In one of the dismissed counts, Lake claimed that the Secretary of State’s Office and Maricopa County Recorder Stephen Richer both infringed on Lake’s First Amendment rights. The Secretary of State’s office allegedly did this by asking Twitter to take down posts that shared election misinformation and Richer is accused of doing so by sharing his experience with election misinformation during a meeting with other government officials.

In his ruling, Thompson wrote that the suit failed to show infringement on Lake’s or anyone else’s rights to free speech.

In dismissing Lake’s count that alleged the county allowed ballots to be counted even if they had signatures that didn’t match the voter’ previous signatures, Thompson said Lake should have brought this suit forward earlier, instead of after she lost the election. This is especially so because she was aware of much of the information regarding the signatures that she cited in the suit months or even years before the election.

Thompson dismissed Lake’s claim that voting early by mail in Arizona is illegal for the same reason, since the practice has been legal in the state since 1991.

“Lake could have brought this challenge at any time in the last 30 years,” Thompson wrote. “To do so now is to invite confusion and prejudice when absolutely no explanation has been given for the unreasonable delay.”

Lawyers for both Hobbs and Maricopa County asked Thompson to dismiss the case in its entirety during Monday’s hearing.

“The court should not indulge this kind of a show that the plaintiff wants to put on,” Abha Khanna, a Seattle lawyer representing Hobbs, said. “A courtroom is not a theater, it is not a public broadcast and it is not a political platform. It is a court of law, with evidence and rules of procedure and the court should not allow this case to proceed.”

Liddy reminded Thompson that the county had asked the judge for permission to file for sanctions against Lake and her lawyers for even bringing the suit, and Thompson wrote that sanctions were still possible if Lake is unable to provide any valid evidence of her allegations.

Lake’s attorney continued to argue for the validity of her lawsuit.

“This complaint is well pled, well sourced, it’s under oath, it’s detailed,” Olsen said in court on Monday. “At this stage, your honor should accept all of those allegations as true. The people should get to see, this is about restoring trust in our election system.”