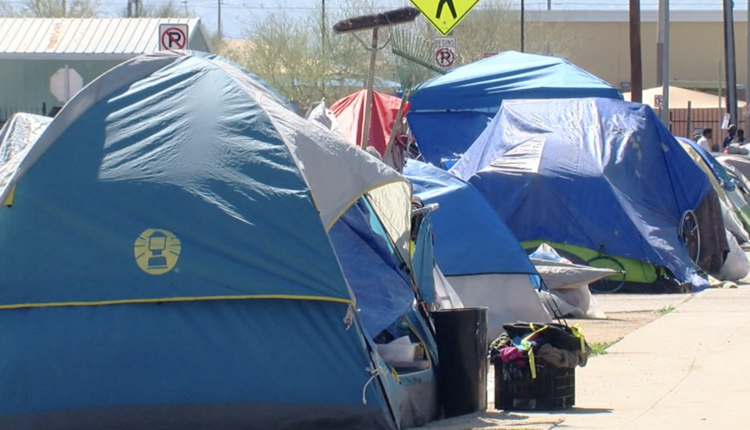 PHOENIX — A federal judge has issued an injunction that allows the city of Phoenix to continue cleaning in homeless camps, but with certain protections for unsheltered individuals.

Video in the player above is from previous ABC15 coverage on “the Zone.”

The injunction stops the city from doing the following:

The city of Phoenix is ​​set to start enhanced clean-up plans Friday morning in a large encampment known as “the Zone.”

During the enhanced cleanups, the city plans to provide assistance to people as they move their tents and other belongings to allow the streets and sidewalks to be cleaned. They also will post notices at the location of the property believed to be abandoned to give a warning prior to subsequent removal.

“The Zone” is generally considered the area between 7th and 13th avenues and south of Jefferson Street to Jackson Street. Up to 1,000 people experiencing homelessness have been camping in this part of central Phoenix for years.

A lawsuit was filed in August by local businesses and property owners against the city of Phoenix, calling “the Zone” a public nuisance and requesting that the city address the homelessness crisis.

The ACLU then filed a federal lawsuit asking for a judge to bar the sweeps, citing civil rights violations.

The city of Phoenix requested that the first lawsuit be put on hold while a federal judge weighs in on the lawsuit filed by the ACLU. Phoenix was denied the stay.

Today’s ruling affirms the city must do more to protect the constitutional rights of the unsheltered community. The order makes it clear – the city of Phoenix can’t destroy people’s belongings or target them with criminal sanctions due to their unhoused status. Because of this injunction, unsheltered people won’t be at risk of losing essential belongings, receiving unconstitutional citations, and experiencing further trauma at the hands of the city and Phoenix PD.

Hamadeh’s lawsuit lacks evidence and facts, should be rejected