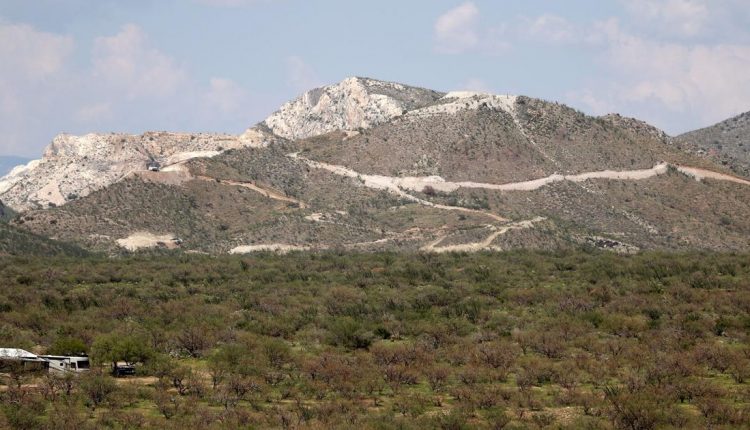 A federal judge has quashed a bid by three tribes and an environmental group to stop the ongoing work of Hudbay Minerals Inc. in grading and land-clearing on the west slope of the Santa Rita Mountains south of Tucson.

US District Judge James A. Soto on Monday dismissed a lawsuit filed by the Tohono O’odham, Pascua Yaqui and Hopi tribes and Save the Scenic Santa Ritas “for lack of subject matter jurisdiction,” since Hudbay recently surrendered a suspended Clean Water Act permit it was issued for the Rosemont Mine.

In mid-April, the plaintiffs had sought a temporary restraining order and injunction to halt work Hudbay has begun on its Copper World mine project, near the Rosemont Mine site on the Santa Ritas’ east slope, as it prepared to file a lawsuit alleging the Copper World site should be subject to federal water regulations.

That effort is connected to the Clean Water Act permit because some of the land that would be graded for the Rosemont permit is also at issue for Copper World’s grading.

Hudbay’s Clean Water Act permit for Rosemont was essentially suspended by a ruling issued by Soto himself in 2019.

Soto ruled that the US Forest Service failed to validate Rosemont’s claims on the land where mine waste would be deposited as part of environmental studies supporting the permit issued by the US Army Corps of Engineers in 2017.

Hudbay, which maintains that the Copper World site on private land doesn’t include washes subject to Clean Water Act authority, said it voluntarily surrendered its suspended permit for the Rosemont Mine in late April.

The Canadian-based mining company filed a motion to dismiss the tribe’s lawsuit for lack of subject matter jurisdiction because the claims are moot, citing its surrender of the water permit.

The tribes contended that the matter was not moot, since the permit is still the subject of the core dispute with the Corps of Engineers.

Mine tailings and mills of the Copper World Mine during the 1950s.


Stu Gillespie, an attorney for three tribes, argued that there is no regulatory process to “surrender” a permit, that they can only be altered or revoked, and Hudbay’s move was an attempt to evade legal review.

But Soto sided with Hudbay.

“Because Rosemont has surrendered the permit, avowed that it will not use it, and does not request that it be reissued, there is no longer a live case or controversy surrounding the property of the Corps decision, and the relief plaintiffs request is no longer available,” the judge wrote.

Soto noted that the Corps suspended the Rosemont permit following his 2019 ruling and the court granted the agency’s motion to stay, or block, lawsuits challenging the issuance of the permit until the Corps takes further action on the suspended permit.

The judge also said there was no reason to lift the stay in the Rosemont case, since the plaintiffs can sue Hudbay over its new activities under authority granted for citizens to file lawsuits to enforce the Clean Water Act.

So also ruled that Copper World and Rosemont are not “connected” actions under the National Environmental Policy Act, meaning the Corps of Engineers does not have an obligation to include Copper World as part of its NEPA review of Rosemont.

“This is a disappointing ruling that allows Rosemont to evade the regulatory process and bedrock environmental laws,” said Gillespie, senior attorney for Earthjustice. “We all pay the price as Rosemont bulldozes tribal cultural properties and pollutes headwater streams in the Santa Rita Mountains within site of Tucson.

He said the tribes are closely evaluating the court’s permit-surrender rationale and their right to bring a Clean Water Act citizen-suit against Rosemont.

In a statement to the Star, Hudbay said the Corps of Engineers “has never determined that there are jurisdictional waters of the US on the site, and Hudbay has independently concluded through its own scientific analysis that there are no such waters in the area.”

The company said it will continue grading and exploratory drilling it started at the Copper World site in April and plans to complete a preliminary economic assessment of Copper World in the second quarter of 2022.

The company said the assessment will include a two-phase mine plan, with the first phase reflecting a standalone operation using Hudbay’s private land for processing infrastructure and mining portions of the deposits located on patented mining claims.

The second phase of the mine plan is expected to extend the mine life and incorporate an expansion onto federal lands to mine the entire Rosemont and Copper World deposits, which would be subject to the federal permitting process, the company said.

Hudbay said it expects the preliminary economic assessment “to demonstrate robust economics for this low-cost, long-life copper project, delivering the copper needed for domestic supply chains while offering many benefits to the community and local economy in Arizona.”