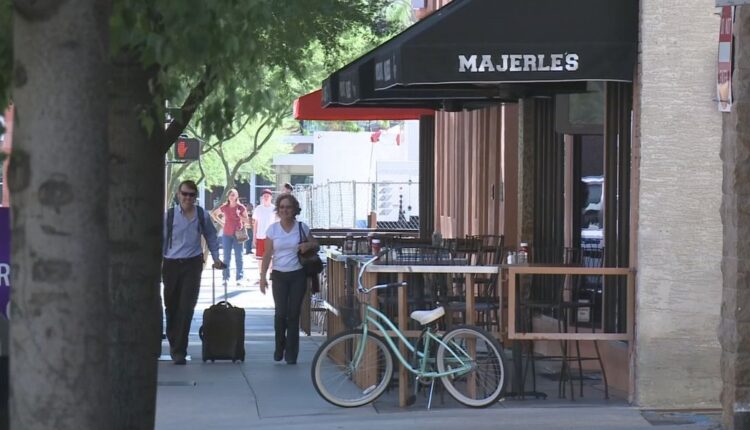 PHOENIX (3TV/CBS 5) — Some downtown Phoenix home and business owners scored a win in court over signage restrictions due to the Super Bowl. According to the Goldwater Institute, a judge ruled on Wednesday morning the city can’t enforce its ban on people displaying signs in the so-called “Clean Zone.” During the hearing, city lawyers agreed on stopping the ban until at least next week’s city council meeting, as they want to change the ordinance, so it doesn’t include the NFL and the Arizona Super Bowl Host Committee. That meeting is expected to happen on Jan 25.

But it appears the city still wants the sign ban in the “Clean Zone,” which spans from McDowell Road to Lincoln Street and from Seventh Avenue to roughly Seventh Street. Nearly any temporary sign, poster, flyer, flag or balloon has to be approved by the city through a permit process. The ban started on Sunday and lasts until Feb. 20, nearly a week after the Super Bowl. In a previous story, a Phoenix spokesperson said these types of zones are common around big sporting events.

But the Goldwater Institute has previously said it is not up to the city of Phoenix to decide what is OK to display, citing the Arizona constitution and the First Amendment. The think tank sued on behalf of a property owner in the area, Bramley Paulin, for a temporary restraining order, which a judge agreed to. The institute said in a statement on Wednesday that if the city doesn’t remove the ordinance’s “unconstitutional provisions,” a judge will review the case again to see if the courts should block the ban permanently.

Pair of proposed bills would criminalize homelessness in Arizona