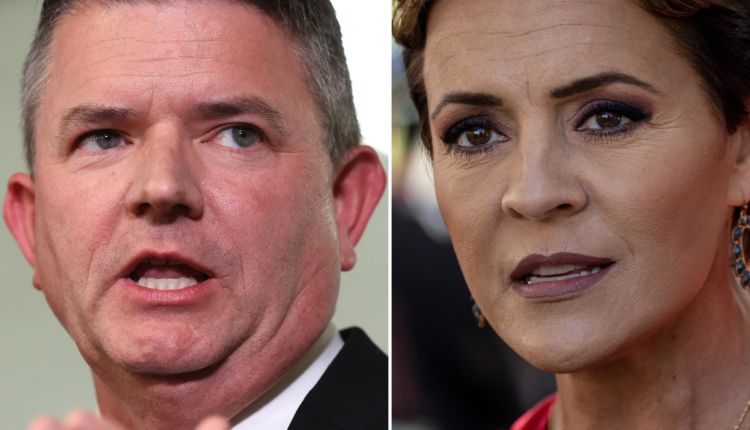 The ruling was made by Maricopa County Superior Court Judge Peter Thompson, who took two counts to trial instead of the 10 brought forward by Lake regarding the November election. Thompson found no evidence of the Lake campaign’s claims that she defeated Democrat Katie Hobbs by 400,000 to 500,000 votes. Lake lost to Hobbs by just over 17,000 votes.

“A court setting such a margin aside, as far as the court is able to determine, has never been done in the history of the United States,” wrote Thompson, who was appointed by former Arizona Republican Governor Jan Brewer in 2010.

He also wrote that “election workers themselves were…dedicated to performing their role with integrity. Not perfectly, as no system on this earth is perfect, but more than sufficient to comply with the law and conduct a valid election.”

In a statement released Saturday, the Maricopa County Board of Supervisors wrote that Lake’s lawsuit was never about facts or evidence.

“Instead, it was the continuation of a made-for-TV tirade from a candidate who cannot or will not accept the fact that she lost,” the statement reads. “Ms. Lake asked the Court to discard the valid votes of hundreds of thousands of Arizona voters and then order votes that were never cast to be counted, presumably for her.”

The board, which represents the fourth-largest county in the United States, also referenced failed legal challenges on behalf of GOP candidates Mark Finchem (for secretary of state) and Abe Hamadeh (for attorney general) as proof that courts “have made it clear that frivolous political theater meant to undermine elections will not be tolerated.”

Gates, a lifelong Republican who was reelected to another four-year term in 2020, told reporters in the days following the election that he and other county election officials had been threatened.

Lake and her Twitter “war room” accounts on her campaign’s behalf have repeatedly blasted Maricopa County officials since Thompson’s ruling.

Following a tweet indicating an expected appeal for elections being “run outside the law,” Lake retweeted videos from conservative conferences and wrote that people want “justice” and “honest and transparent elections.”

The judge gave us an impossible hurdle to clear.

intentionality. We cleared it anyway.

No universe exists where these machines went down by accident.

No universe exists where @katiehobbs wins a legitimate election.

And no universe exists where @KariLake surrenders this fight.

A written response to the ruling from Lake’s attorneys provided to Newsweek by her campaign said that the GOP candidate’s “claims were neither legally groundless nor were they brought in bad faith.”

They are requesting that the court deny the judge’s ruling.

“The issues raised before this Court were of significant concern to millions of Arizona voters as to the causes of chaos that arose on Election Day—and the administration of elections in Maricopa County generally—and Plaintiff’s [Lake’s] claims deserved to be brought and heard,” the attorneys wrote.

“Trust in the election process is not furthered by punishing those who bring legitimate claims” as Lake did, they said.

Republican National Committee Ronna McDaniel, who has faced heat from her party’s members following a midterm lackluster showing, used Lake as an example of Republican candidates’ divisiveness turning off some factions of the base.

“The two candidates for governor [in Arizona]one wouldn’t endorse the other,” McDaniel told Newsmax last Tuesday. “You had one candidate saying, ‘If you’re a [John] McCain voter, get the hell out of my rallies,’ and then the McCain voters said, ‘Yeah, I’m not going to vote for you.’ We can’t do that.”

More than 1.56 million votes in Maricopa County were cast in the November midterm election, surpassing nearly every midterm turnout in the past 50 years.