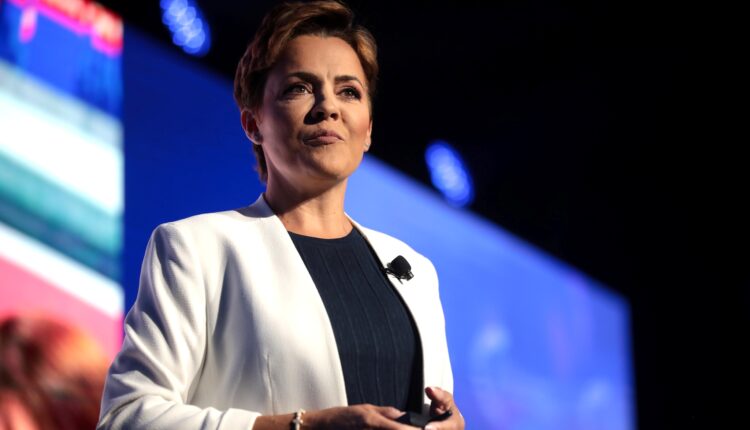 Kari Lake didn’t get what she wanted for Christmas, as a judge on Christmas Eve rejected all of her claims in a lawsuit that sought to overturn her election loss and confirmed that Katie Hobbs is the governor-elect.

Lake is a Trump-endorsed Republican who lost the Arizona governor’s race to Hobbs, who is set to be sworn in as governor on Jan. 5, by around 17,000 votes.

Maricopa County Superior Court Judge Peter Thompson issued a decision in the suit at 10:45 a.m. on Christmas Eve, shooting down all of Lake’s claims. His decision came after a two-day trial on Wednesday and Thursday in which Lake’s team attempted to convince him that a Maricopa County employee had intentionally tampered with Election Day ballot printers in an effort to disenfranchise Republican voters and that the county’s failure to adhere to chain-of custody rules for early ballots dropped off on Election Day led to thousands of illegal ballots being injected into the system.

“Every one of Plaintiff’s witnesses — and for that matter, Defendants’ witnesses as well — was asked about any personal knowledge of both intentional misconduct and intentional misconduct directed to impact the 2022 General Election,” Thompson wrote in his decision. “Every single witness before the Court disclaimed any personal knowledge of such misconduct. The Court cannot accept speculation or conjecture in place of clear and convincing evidence.”

Thompson pointed out that in an election contest like this one, the burden of proof is on Lake, the challenger, and that proof must be of the “most clear and conclusive character.”

Lake is expected to appeal the ruling.

“My Election Case provided the world with evidence that proves our elections are run outside of the law,” Lake tweeted Saturday morning. “This Judge did not rule in our favor. However, for the sake of restoring faith and honesty in our elections, I will appeal his ruling.”

Thompson gave defendants in the case, Secretary of State Hobbs, the Maricopa County Board of Supervisors and other county election officials, until 8 a.m. Monday to file for sanctions against Lake’s lawyers for bringing a suit that they say she never had any evidence to back up.

More than 200 people submitted statements to the court attesting to their frustrating experiences trying to vote on Election Day in Maricopa County because of ballot printing issues that caused tabulator problems.

But nearly every one of those voters ended up casting their ballots, and unhappiness with Election Day errors didn’t constitute grounds for overturning the election results, Thompson concluded.

“This Court acknowledges the anger and frustration of voters who were subjected to inconvenience and confusion at voter centers as technical problems arose during the 2022 General Election,” Thompson wrote.

Lake relied on witnesses like cybersecurity expert Clay Parikh, who testified that issues with ballot-on-demand printers on Election Day were caused by a 19-inch ballot image being printed onto 20-inch paper. He opined that it was done intentionally and could not have happened by accident.

Maricopa County Co-Elections Director Scott Jarrett later explained that the smaller printing size happened after other printer problems had already cropped up on Election Day, when techs changed the settings to “fit to print” while they were troubleshooting. Jarrett said it only happened at three voting centers and impacted 1,300 ballots, though Parikh claimed that he found the missized ballots in batches he inspected from six voting centers.

Lake’s campaign accused Jarrett of committing perjury for not mentioning the “fit to print” problem during his first day of testimony, and saving it for the second day when he was testifying for the defense.

Thompson did not buy into Parikh’s theory about the ballots.

“If the ballot definitions (sizes) were changed, it stands to reason that every ballot for that particular definition printed on every machine so affected would be printed incorrectly,” Thompson wrote. “As Plaintiff’s next witness indicates, that was not the case on Election Day. In either event, Mr. Parikh acknowledged that he had no personal knowledge of any intent behind what he believes to be the error.”

Another expert for the Lake team, pollster Richard Baris, whose polling site Big Data Poll has been banned by FiveThirtyEight for failing to adhere to basic standards, testified that his exit polling found tens of thousands of Republican voters were unable to vote on Election Day because of long lines caused by tabulator issues.

Kenneth Mayer, an expert witness for the defense who teaches political science at the University of Wisconsin, said that Baris’ theory was purely based on speculation. The judge seemed to agree.

Lake’s team provided no evidence that voters were turned away or refused ballots on Election Day, Thompson wrote.

“No election in Arizona has ever been set aside, no result modified, because of a statistical estimate,” Thompson wrote, regarding Baris’ testimony. “Election contests are decided by votes, not by polling responses, and the Court has found no authority suggesting that exit polling ought to be used in this manner.”

Lake witness Heather Honey testified that she never received paperwork as part of a public records request, documenting the chain-of-custody for around 290,000 early ballots that were dropped off on Election Day. She also said that an employee of the county’s election contractor Runbeck told her that around 50 Runbeck employees illegally added ballots to the batches at the Runbeck facility.

But Thompson wrote that if Runbeck did allow this, county election officials testified that they didn’t sanction the practice or know about it. He also said that the county’s failure to respond to a public records request did not show proof of violation of chain-of-custody rules.

County election officials said that missing paperwork would not invalidate hundreds of thousands of votes from legal voters and that all early ballots have unique barcodes that identify them as coming from registered voters and they are not counted until their signatures on them are verified.

“Plaintiff has no free-standing right to challenge election results based upon what Plaintiff believes – rightly or wrongly – went awry on Election Day,” Thompson wrote. “She must, as a matter of law, prove a ground that the legislature has provided as a basis for challenging an election.