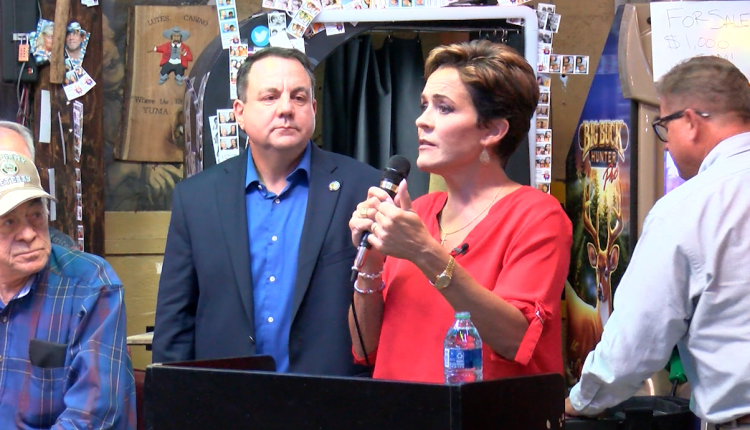 Kari Lake gets local endorsements in visit to Yuma

FOX 9’s Adam Klepp spoke to Lake on Tuesday on Main Street about her vision for Yuma, and Arizona

YUMA, Ariz. (KECY, KYMA) – Kari Lake is in Yuma as momentum picks up for her campaign for governor.

“I look forward to working with her and strongly endorse her being the next governor of Arizona,” Dunn said.

“She was concerned about what our community needs, that’s where the conversation began and continues to go,” Nicholls said.

Lake said water security is top of mind for her as she met with local ag leaders.

“I will defend every drop of Arizona’s water,” Lake said.

Lake adds she was thrilled to win Yuma County in the primary, and hopes to get more supporters this trip.

“If you didn’t vote for me in August I really want to earn your vote in November,” Lake said.

Some voters in Yuma County at their Lutes Casino event are also excited to vote Lake in the general election.

“She’s for the people. And she’s focused on her livelihood and families, and that says it all for me,” Local Tori Beck said.

If you didn’t register to vote in the primary the deadline to register for the general election is October 12th.