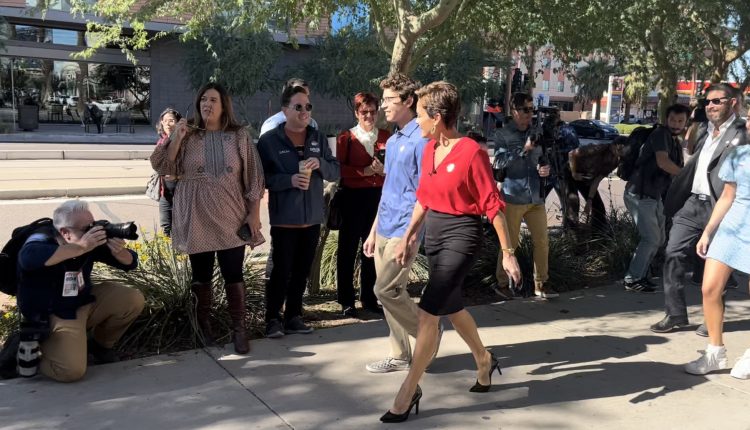 Data Orbital is projecting Lake to win by three percent

PHOENIX (KECY, KYMA) – In the week after the primary, polls showed Katie Hobbs with as much as a 7% lead over Kari Lake.

But Lake is now the favorite to win on election night.

As voting in Maricopa County got off to a rocky start in the morning, with election officials saying 20% ​​of voting locations had issues with tabulators.

But that all votes would eventually be counted using backup procedures.

Lake was upset by the issues, but said it’s too early to say if it would affect results.

“We’ve got to fix this problem. It’s incompetence. I hope it’s not malice,” Lake said.

Kari Lake speaks to the media after voting on Election Day.

Lake held multiple events on Monday, November 7 where she and other Trump-endorsed candidates rallied supporters and encouraged them to vote on election day.

Even in the state’s capitol, border issues happening in Yuma were top of mind for Lake and her supporters.

“Day one we’re going to call it what it is and issue an invasion on our border,” Lake said.

As Arizona polling group Data Orbital, which accurately forecasted the Republican and Democratic primaries, has her trailing lake by 3%.

Hobbs said she believes the race will be closer.

“I anticipate we will be in recount territory. Obviously less than one percent,” Hobbs said.