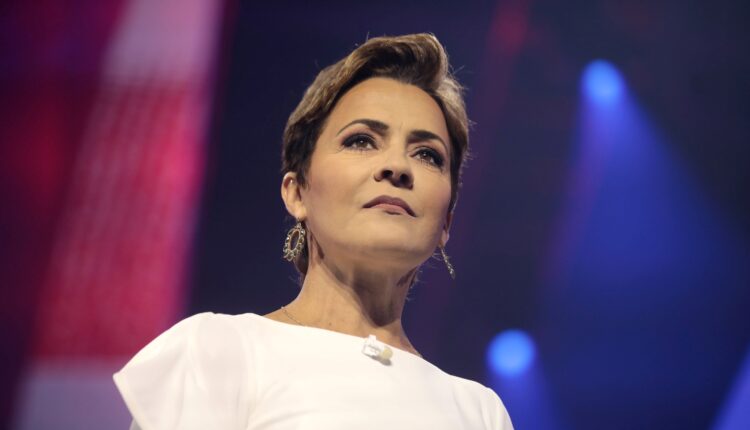 Kari Lake still wants a “redo” of the governor’s race that she lost by more than 17,000 votes, even after Katie Hobbs was sworn in as governor Monday.

Lake has called for the Arizona Court of Appeals or the Arizona Supreme Court to throw out the results of the governor’s race and for a new election to be conducted — but only for her race in Maricopa County, according to court documents filed late last week.

Lake filed an appeal and a petition for special action in Arizona’s Division I Court of Appeals, asking for the judge’s decision in her initial election challenge to be reversed, for a new election to be conducted and for the cases to be kicked up to the state Supreme Court.

Outspoken Lake critic Tom Ryan, a Chandler attorney who has represented candidates in election cases, believes the Supreme Court will take up the case and then quickly dismiss it.

“The relief they’re asking for is not anything the court can grant,” he said.

Ryan added that Lake’s appeals raise many questions, such as who would pay for a new election. He also wondered why, if there were really widespread issues that changed the outcome of races, is Lake only calling for a new vote in the governor’s race, and only in Maricopa County?

“Arizona voters are entitled to know the results of their elections in a timely fashion,” Ryan said. “For them to keep this performative political litigation going and going and going is a disservice to the integrity of the election process.”

Thompson, the Maricopa County judge, threw out eight of 10 claims in Lake’s initial election challenge and denied the rest for lack of proof after a two-day trial.

Lake is a Trump-endorsed election denier who has accused Hobbs, the former secretary of state, as well as Maricopa County and its elections workers of intentionally disenfranchising Republican voters. She regularly rails against them on social media and on conservative talk shows and podcasts, and even went so far as accusing Thompson of allowing a left-wing attorney to ghost-write his decision in her elections case in a tweet that was later deleted.

During the election challenge trial, Lake attempted to prove that someone who worked for the county deliberately stole the election from her through ballot printer malfunctions on Election Day and a failure to maintain proper chain-of-custody documentation of early ballots.

But in his decision, Thompson said that Lake’s lawyers fell far short of providing evidence backing up those claims.

Bryan Blehm, one of the lawyers representing Lake, wrote in the petition to the appeals court that Thompson held Lake to a higher standard of proof than was required by law when he ordered that she must prove the defendants “intentionally acted to, and did in fact, change the outcome of the 2022 general election.”

Blehm argued that the proper standard of proof was to show “a preponderance of the evidence that misconduct or illegal votes render the outcome of the election at least ‘uncertain.’” Lake easily met that standard during the trial, Blehm claimed.

He also called on the court to take special action in the case and move it immediately to the Supreme Court, because the normal appeals process would take too much time.

“The rival candidates — and all Arizonans — deserve election finality as quickly as possible,” Blehm wrote. “This matter is ill-suited to a regular appeal.”

Blehm made a similar argument in his petition to the Supreme Court, asking it to take up the case.

Lake’s filing in the appeals court focused on many of the same points as her initial election contest, but it also cast a spotlight on what Blehm called conflicting testimony from Maricopa County Co-elections Director Scott Jarrett, as well as Thompson’s decision to shoot down several of Lake’s complaints before the case went to trial.

On the first day of the trial, Jarrett initially testified that all ballots designed for the 2022 midterm election were 20 inches, saying he had no knowledge of any 19-inch ballots being used.

Later the same day, Clay Parikh, a cybersecurity expert for Lake, testified that, during an inspection of ballots prior to the trial, he found 19-inch ballots that were voted at six Maricopa County voting centers. These ballots could not be read by the county’s tabulators, and he claimed that the only way this could have happened was if someone changed the printer settings or ballot configurations deliberately.

Issues with ballot printers caused problems at the polls on Election Day, contributing to long lines and causing voter frustration when tabulators couldn’t read their ballots. However, the county said that all valid ballots that couldn’t be read by the tabulators were counted later.

During his testimony on the second day of the trial, Jarrett said that he was aware of ballots at three voting centers being printed smaller than designed after techs who came in to fix issues changed the printer setting to “shrink to fit.” He said it impacted around 1,300 ballots and that the same thing had happened in several past elections.

Lake’s team claimed that conflicting testimony from Jarrett amounted to perjury. When asked why he didn’t disclose the “shrink to fit” issue when questioned about the 19-inch ballots the previous day, Jarrett said he didn’t know the exact size of the ballots that were shrunk and was not aware that they were 19 inches.

In the petition to the appeals court, Blehm also challenged Thompson’s dismissal of claims alleging that illegal votes happened in Maricopa County because its tabulators are not certified, a theory that has been widely debunked; allegations that thousands of illegal votes were counted because signatures on ballot envelopes didn’t match the signatures on file for the voter; and that illegal ballots were added into the mix because Maricopa County didn’t follow proper chain of custody procedures when organizing and counting those ballots.

Thompson ruled that Lake’s lawyers either didn’t prove these claims at trial or that an expedited election challenge wasn’t the appropriate place to litigate them.

“Maricopa’s 2022 general election was worse than mere chaos because the failings were not only intentional but also targeted,” Blehm wrote in the appeal. “Maricopa weakened ballot- integrity measures for mail-in votes, which benefits Democrats, and created a chaotic Election-Day scenario by administering a chaos on Election Day, which harms Republicans.”

In the petition Blehm opined that holding a new election for governor would not disenfranchise voters, but he did not explain the logistics of how a new election would work.

“If a court granted Plaintiff her requested relief of a new and fair election, the striking of the election chaos to date would not disenfranchise any voter,” Blehm wrote. “Moreover, under the Arizona Constitution, the incumbent Governor’s term would continue until his successor was duly elected.”