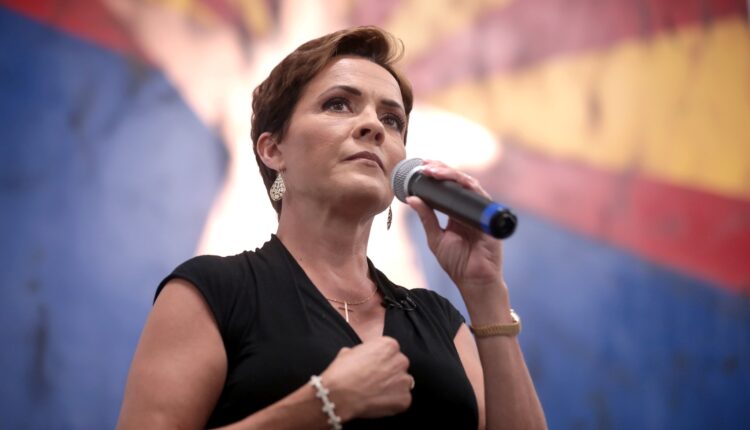 Kari Lake’s lawsuit seeking to overturn the 2022 election and re-do voting will be swiftly thrown out because the claims it makes aren’t supported by any evidence and are overly generic, according to legal experts.

“It is poorly written, frankly,” Jim Barton, a Democratic election attorney and partner at Barton Mendez Soto in Tempe, told the Arizona Mirror. “It’s so long and meandering. I think the underlying claims are terrible and the lawsuit is terrible and it’s, frankly, embarrassing that this kind of thing can get filed.”

He said the lawsuit fails to make a specific claim and ought to be dismissed outright.

“It does not even come close to providing the level of specificity that you need to file a lawsuit,” he said.

Lake, a Trump-endorsed Republican who lost the midterm race for Arizona governor on Nov. 8 by more than 17,000 votes to Democratic Secretary of State Katie Hobbs, filed the suit in Maricopa County Superior court late last week.

The 70-page suit claims that the election in Maricopa County was irredeemably flawed by “intentional misconduct,” including the “hacking” of election equipment to disenfranchise Republican voters, and hundreds of thousands of allegedly “illegal ballots (that) infected the election.” Lake is demanding the court either declare her the winner or throw out the election results entirely and order the county to conduct a new election.

Barton, a veteran election attorney whose clients have included candidates and ballot campaigns, added that lawsuits challenging election results must address specific issues and “have to be tightly created.”

“Airing generic grievances does not work in this context,” he said.

Election challenges are limited in scope by state law, and must be based on misconduct by election boards; ineligibility of a candidate; bribery or another offense “against the election franchise”; illegal votes; or an erroneous vote count.

Some of the generic claims in Lake’s suit include “chaos” at Maricopa County polling locations on Election Day, supposedly “illegal” ballots being counted, an allegedly unknown number of ballots “injected” into the system by county contractors and “hacked” election equipment. In each instance, the former television newscaster presents anecdotes of wrongdoing, but no actual evidence.

“I don’t think this case will go very far and will probably be dismissed pretty quickly,” Derek Muller, a professor of law at the University of Iowa College of Law, told the Mirror. “She lost by a significant margin. There are very few specific details. There are lots of details that are trying to relitigate the 2020 election. I was a little surprised at how much was just restating things from 2020. There’s just not a great path forward based on the speculative kinds of claims that are being made in this complaint.”

It’s so long and meandering. I think the underlying claims are terrible and the lawsuit is terrible and it’s, frankly, embarrassing that this kind of thing can get filed.

The suit claims that mail-in ballots with signatures that did not match the ones on file for the voter were counted, but doesn’t cite a single example or back up the assertion. In fact, the sole example of a signature that Lake says doesn’t match is from a ballot voted in the 2020 election.

“There’s no sign that the processes were not followed for how signature-matching is supposed to occur,” Muller said. “It just sort of says the numbers look funny to them and, without more, that’s really hard to demonstrate.”

Typically, election contest suits focus on specific ballots that were either improperly counted or improperly excluded from being counted, Muller said. Otherwise, what he would consider a “normal” election suit might show evidence of pervasive fraud, including information from witnesses who describe voter intimidation or show evidence of stolen ballots.

“That’s just all lacking from that complaint,” Muller said. “It’s a lot more abstract complaints about what voting machines were used and what absentee ballot envelopes looked like rather than specific concerns — much less concerns rising to the number of ballots she would need to change the result of this election.”

Muller added that he believes it’s telling that Lake’s attorneys aren’t experienced election lawyers like those who generally back Republican Party interests in court. Representing her in the suit are Scottsdale divorce attorney Bryan Blehm, who was hired by the failed firm Cyber Ninjas in the so-called ”audit” of the 2020 election in Maricopa County, and D.C. corporate and employment attorney Kurt Olsen, a Trumpist lawyer who filed a failed bid to toss out the results of battleground states that Donald Trump lost in 2020.

Lake’s suit starts off by referencing polling numbers from Rasmussen Reports, which asked voters from across the country if they agreed with Lake that the election in Maricopa County was “botched.” Seventy-two percent of likely voters who responded to the poll said they agreed with Lake’s statement, but public opinion has no bearing on election law.

“The citation to polling numbers is bizarre,” Barton said.

He added that portions of Lake’s complaint likely served publicity purposes more than they were meant to impact the outcome of the suit, and Muller agreed.

“Some complaints are written to double as press releases,” Muller said. “You will see complaints, with tone and rhetoric, that are designed to sort of gain public attention.”

He added that this is oftentimes the case with highly publicized suits.

“We saw similar kinds of rhetorical posturing in the lawsuits trying to overturn the 2020 election results,” Stephen Vladeck, a law professor at the University of Texas, said in an email. “Unfortunately, it’s become a common tactic among election deniers. Fortunately, it hasn’t been a successful one. And I suspect Lake’s lawsuit is heading for a similar fate as all of the 2020 election cases — not succeeding.”

3 Keys to Phoenix Suns getting right at the Houston Rockets