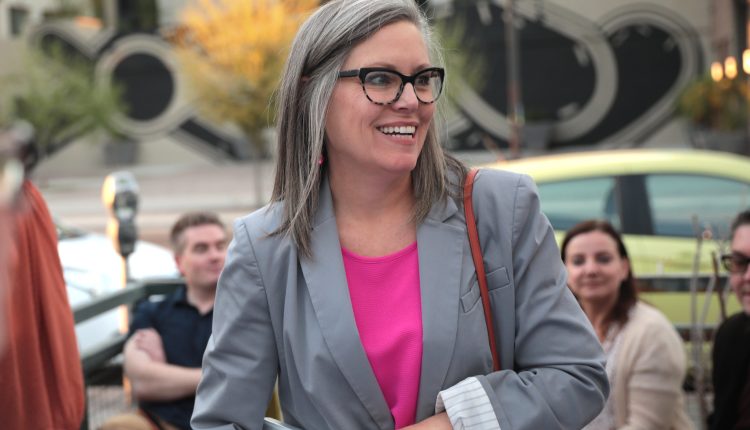 JG:  Nearly half of the children enrolled in Arizona’s K-12 classrooms are Latino. What kind of policies would you pursue that will benefit the Latino community?

KH: We’re going to put more money into the classrooms, so we can keep qualified teachers. So, pay is a part of the equation, and respect is another huge part of that. And we need to recruit more teachers of color, so that students have someone in the classroom that looks like them. We’re also going to invest in universal pre-K and all-day kindergarten, starting in the communities that need it most. A lot of time those are Latino communities.

JG: On the subject of immigration, which is not the top issue for Latinos, despite what many people may think. We’ve heard from your opponent that there’s what she calls an invasion happening at the border. What’s your view on how we should address immigration?

KH: I certainly don’t agree with my opponent’s characterization of what’s happening at the border, but we do need action from the federal government on border security. But the other side of immigration is a humanitarian crisis of people coming to this country trying to improve their lives. People who have genuine reasons to come here. Our system is broken and we need the federal government to take action and fix it. And for our border communities bearing the brunt of decades of inaction from Washington, we’ll use state resources where they can provide the most relief for Arizonans.

JG: A lot of what you’re talking about is still in the security realm. Will you work actively as the head of state in Arizona to push Congress to finally pass comprehensive immigration reform? Something that addresses the fact that we need immigrant workers in this country.

Kari Lake has based her campaign entirely around lies. She has continued to spout Trump’s lies about the 2020 election. She has said she would not have certified the 2020 election, and she won’t accept the results of this election, unless, of course, she wins. She’s continued to spout vitriol, as the former president did, about Latino communities.

JG: Nearly 80% of Latinos support maintaining a legal process by which women can get abortion. How would you rectify what is a chaotic situation today in term of access to abortion in Arizona?

KH: Chaos is a very accurate description [of] what’s going on in terms of abortion rights in Arizona right now. Like the majority of Arizona voters, the majority of Latino voters, access to safe and legal abortion is something I’ve always championed. This is something that affects all of our communities. But, again, when you have limited access to health care, it disproportionally affects communities of color, and our Latino communities in particular. I will always protect the right of Arizonans to make their own health care decisions, and I’ll work to roll back much of the restriction we have on safe legal abortion, starting with calling a special session to repeal Arizona’s pre-Roe ban that criminalizes abortion with no exceptions for rape or incest.

JG: What would you do to ensure the voice of the Latino community is part of your administration in key leadership roles?

KH: I’m absolutely committed to making sure we have not only a diverse administration, but also across the state, where the governor has the authority to appoint thousands of people to boards and commissions, that all of those [positions] are reflective of the diversity of our state. That means much more representation from the Latino communities than we’re seeing now. [In terms] of judicial appointments, those nominations are given to the governor by commissions that are largely white. We need to diversify those commissions, so we diversify the bench. Same thing goes for the Board of Regents — we need a Board of Regents that makes sure we are meeting the needs of all of our students.

JG: Why shouldn’t Kari Lake be elected governor and how do you think her election would negatively affect people of color and especially Latinos?

KH: She has based her campaign entirely around lies. She has continued to spout [former President Donald] Trump’s lies about the 2020 election. She has said she would not have certified the 2020 election, and she won’t accept the results of this election, unless, of course, she wins. She’s continued to spout vitriol, as the former president did, about Latino communities. She has said there’s an invasion at the southern border, and on Day 1 of her administration she would declare that invasion. But that wouldn’t do anything to address any real issues. It would just create all kinds of chaos in Arizona.

We have Arizonans struggling with inflation. I have plans in place to make things more affordable, groceries, gas, housing. Kari Lake’s plans would do nothing to address inflation. In fact, economists have said they would make inflation worse, throw jet fuel on the fire, and actually cripple our cities’ ability to provide public safety for their citizens. So, she has no real solutions for the issues that Arizonans are struggling with, and, actually, her solutions are very dangerous.