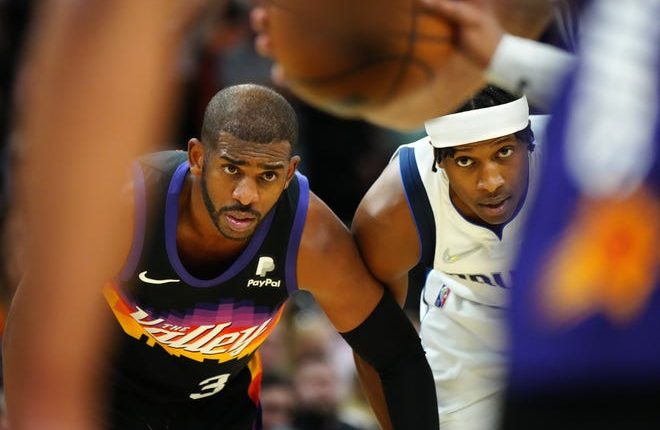 Phoenix Suns General Manager James Jones had been saying all along he wanted to keep the team that had an historic season ending abruptly in great disappointment.

This was before Kevin Durant requested a trade out of Brooklyn the first day of free agency June 30 and wanted to initially land in Phoenix or Miami. But now that the Nets All-Star is staying pat, the Suns look as if they will run it back with essentially the same squad that won a franchise-record 64 games last season.

Coach Monty Williams has no problems with that.

In a recent interview on SiriusXM NBA Radio, Williams addressed the Durant talk, saying it’s tough to pull off trades, but reiterated a point he’s often made in his three seasons head coaching the Suns.

What’s not to like about a team that went 8-0 in the bubble in Williams’ first season, reached the NBA Finals his second season and posted the NBA’s best record last season.

Led by the All-NBA backcourt of Devin Booker and Chris Paul, this team has not only become of the league’s best, but it has played a role in Williams winning NBA Coach of the Year and receiving a contract extension this summer.

So why break up a squad this successful?

Because this team surrendered a 2-0 series lead in the finals to Milwaukee with four straight defeats and got blasted by 33 points in Game 7 of the last season’s Western Conference semifinals against Dallas.

They had homecourt advantage in both series.

They should’ve won both series.

They played their worst game of an historic season in the biggest game of it.

Something is missing. More like some things are missing.

Getting the free throw line more. Not relying on Chris Paul to save them.

Finding consistent play out of their backup one and two.

Getting more production out of Deandre Ayton.

Having Cam Johnson and Mikal Bridges step up in the biggest games.

Plus Golden State should be even stronger in defending their NBA championship.

Memphis isn’t going anywhere. Neither is Dallas with Luka Doncic.

Denver and Los Angeles Clippers are expected to be healthier.

So when Durant, an all-time great, wants to play for you, the immediate thought is do whatever it takes to get him even if it means breaking up a team that’s won more games in the regular season than anyone else the past two years combined.

Phoenix essentially fell out of Durant contention when Indiana took a swing at Ayton with a four-year, $133-million offer sheet the Suns had to match or lose him for nothing.

All the time, though, the following thoughts had to range in their heads.

Do they really want to shake up their roster for one player even as special as Durant and if so, is it because they lost their final game of the season in such disastrous fashion or because they need him to win a championship?

There are no guarantees the Suns will wind up the last team standing this season with Durant, but one must believe they’d be right there with him, Booker and Paul.

This is the ultimate challenge of being a general manager, especially after building a championship contender.

Jones had to determine if it’s necessary to drastically change the roster to stay in title contention or trust the current team he has in place will once again reach the playoffs and seriously compete for a championship.

As currently constructed, Phoenix has a team that can win it all this season.

How the Suns lost Game 7 doesn’t change that, but sub .500 New Orleans pushing them to six games and Dallas taking them down begs the question of are they good enough to win it all with essentially the same roster.

Continuity played a major part in winning 64 games after reaching the 2021 finals, but it didn’t result in the franchise capturing its first title.

Williams often says teams need to feel a “deep hurt” in the postseason before eventually becoming a champion.

The Durant trade demand forced more than the Nets to explore options to accommodate him before standing their ground.

It forced Phoenix to look its roster, weigh what it has accomplished and see how much it was willing to give up for Durant.

With a month until training camp, the Suns seems to have chosen to run it back.

That’s being applauded/praised by some, questioned/criticized by others, but only a championship will really validate whatever decisions they make.

If the Suns come up short, again, this season, they’ll never heard the end of why didn’t they do whatever it took to land Durant.