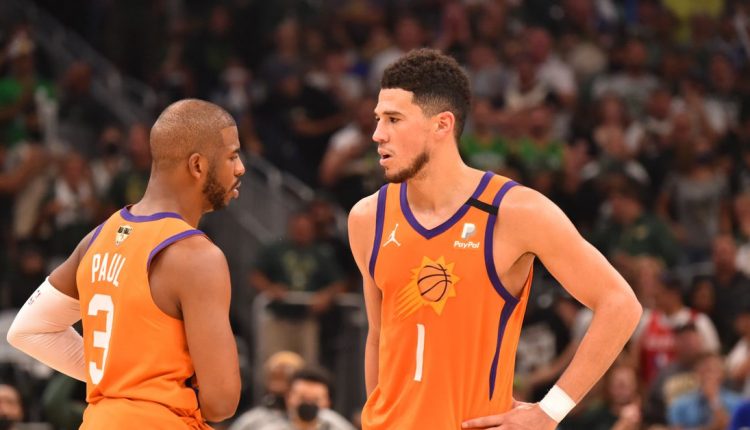 Media day was yesterday and Kellan Olson shared on social media which numbers each Phoenix Sun will wear this season.

11 of the 16 players in our “new” squad were on the team last season. They all have the same number as before.

At least with the exception of Devin Booker, who has decided to give his # 1 to Chandler Hutchison and will move to # 24 in memory of Kobe Bryant (RIP Black Mamba) as he takes full responsibility for “Be Legendary”.

No? Yeah you got me I was only joking. Of course, Book will stay number 1, which is apt as he’s still the face of the franchise.

The newcomers will all wear a different number than the team they were on last season. A couple will take over for those who have gone to other teams.

Chasson Randle is # 4. Jevon Carter owned it last season, but he’s on the networks now.

Elfrid Payton will wear # 2, the number of Langston Galloway, who now has a training camp contract with the Warriors. An interesting note is that Elf will be back in the same number as he made his first stay with the suns.

Chandler Hutchison is wearing # 35, which was last worn on the Suns by Dragan Bender.

Landry Shamet will wear the number 14, which was last worn on the Suns by Cheick Diallo, but perhaps a more familiar face in this number to most fans is Gerald Green.

JaVale McGee will wear # 00, which has only been worn by one Sun in franchise history and that is Tony Delk. Maybe JaVale will surprise us all and score 53 points one night just like he did.

The hidden life of a deadly fungus