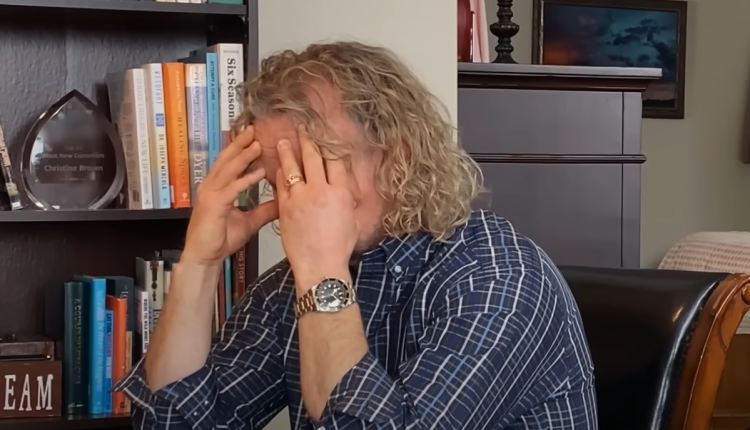 Christine Brown’s ex-husband had some wild ideas about why they were separating and how that separation would actually play out. Since Christine announced her intentions, Kody Brown seemed confused, unaware, and completely inept at the process of ending a relationship. It makes sense. Frankly, it looks like it’s the first time he’s ever actually had to do it. Still, Sister Wives fans think he’s acting a bit aimlessly. His most outrageous assumption, however, is still yet to come. In an upcoming episode of Sister Wives, Kody seems sure that Christine will hand over the money from selling her house. She has a lot of different ideas.

Christine Brown’s ex-husband, Kody Brown, assumes that profits from the sale of her house will be going to the Brown family

Christine Brown’s ex-husband, Kody Brown, has said some pretty wild things about his divorce from his wife of more than two decades. During the early days of their separation, Kody alleged that any man Christine got into a relationship with would be after the Brown family money. Later, he asserted that he deserved 50/50 custody of the couple’s youngest child, despite spending minimal time with her in the three years they lived in Flagstaff, Arizona. He even suggested Christine move to a Utah city she didn’t like to make his life easier.

His most outrageous claim, however, will appear in an upcoming episode of Sister Wives. TLC recently shared a clip for the Oct. 23 episode of the show via Twitter. In the clip, Kody suggests that if Christine decided to sell her Flagstaff home, she would hand over any profits to pay off Coyote Pass, the acreage the family purchased ahead of moving to the state. Kody theorized that the money would pay off any loans on the property, so the family could begin building. The statement seems to have struck a nerve with Christine, although in a later talking head, she appeared almost resigned to the idea that Kody would continue to make illogical assumptions.

Christine Brown has many different ideas

While Kody seemed confident that Christine would hand over profits from her home sale to him, she clearly had a much different idea. While Kody insisted the money could go toward Coyote Pass, Christine made it abundantly clear that she had absolutely no intention of offering Kody a single dime from the sale of her property.

The legalities surrounding the Brown family are a bit complicated. As Christine and Kody were never legally married, there is no official division of assets in the case of a divorce. Kody, in theory, could only stake a claim on the property if he was on the deed. Still, Christine Brown’s ex-husband seems to think he has a right to the property, although she appears to disagree.

While Christine waffled back and forth about what to do with her Flagstaff, Arizona home in the early days of her divorce, she finally made a decision. Christine sold her house in Flagstaff last fall and moved to Murray, Utah, with her youngest child. There, Christine purchased a duplex and appears happier and healthier than ever. The interior of her home can be seen during her cooking show, Cooking with Just Christine.

A decision on Coyote Pass took a bit longer to come. In July 2022, Us Magazine reported that Christine Brown’s ex-husband and his fourth wife, Robyn Brown, took ownership of Christine Brown’s stake in Coyote Pass. The former family members did not reveal the monetary details of the deal. Property records indicate that Christine was paid $10 for the property, although that number is likely a legal placeholder and not the actual amount that exchanged hands.

While Christine was initially onboard with the purchase of Coyote Pass, her interest in building on the land waned more than a year before she opted to leave her polygamist lifestyle behind. Christine’s turning point appeared during an argument over whether the Browns would live in one large house or build multiple structures on the acreage they purchased. There has been no development on the land.

The 2023 Tucson Desert Song Fest will expand into spring