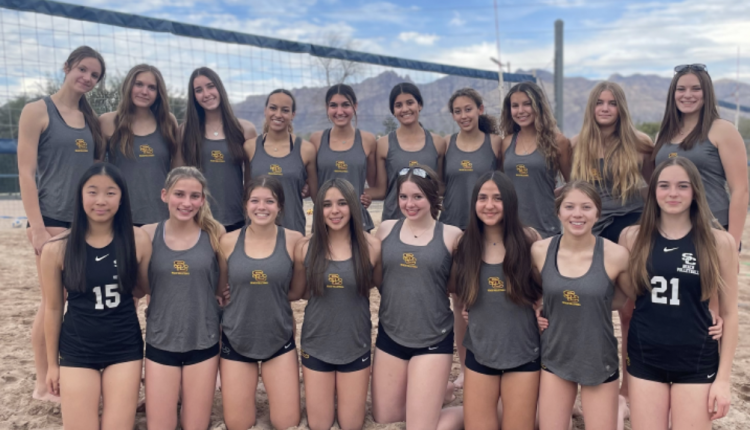 For the second time in as many years, Salpointe Catholic is the undefeated state champion in beach volleyball.

The top-seeded Lancers beat no. 2 Flagstaff 5-0 on Wednesday night at Queen Creek Casteel High School to capture their second Division II state crown in as many years. The Lancers finish their season 18-0, while Flagstaff falls to 16-1.

The Lancers went 15-0 a season ago and won the program’s first-ever beach volleyball title by beating Valley Christian.

Up next for Salpointe: the pairs state championship. The senior pair of Ransom and Hugeback is seeded No. 7 in Division II, and the players have earned a bye into the second round. Hernandez and Pieroni will play their first-round match on Monday against a team from Youngker.

Sent weekly directly to your inbox!