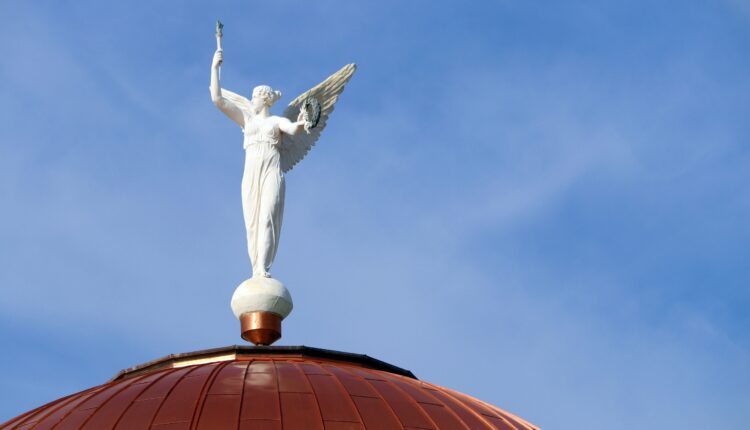 State legislators last week grilled the heads of the state boards tasked with overseeing complaints from citizens after reports by the state auditor general revealed some major deficiencies.

“This is why you want to have a robust and well funded Auditor General’s Office,” Sen. T.J. Shope, R-Coolidge, said at the end of a marathon joint hearing of the House and Senate Health and Human Services Committees.

Lawmakers heard from the heads of the Board of Dental Examiners, Board of Massage Therapy, Board of Optometry and the Naturopathic Physicians Medical Board as part of a regular review process on state agencies and boards. As part of that review, state auditors examined each board’s performance and found all of them failed to timely investigate complaints.

The Board of Dental Examiners did not resolve 32 of the 35 complaints reviewed by auditors, and found that in one instance the board failed to take adequate enforcement action on a complaint that resulted in the death of a person.

In one complaint, auditors found that a dental assistant was directed to mix and administer anesthesia drugs resulting in the patient receiving 10 times the planned dosage. The dentist failed to administer CPR, did not maintain sedation records and did not report the incident to the board, which only became aware of it when the family filed a complaint four months later.

The same dentist had five previous violations and received only 10 hours of continuing education from the board. Two complaints that were reviewed involved dentists who were disciplined, but continued to practice for 500 days while being investigated by the board.

“I was absolutely horrified to hear that there was a fatality at the dentist,” Sen. Janae Shamp, R-Wickenburg, said.

The auditors also found that the majority of dentists they surveyed did not have the required CPR certification cards.

As of May 2022, the board oversaw over 18,000 licensees, certifications and permits in the world of dentistry. Auditors said that their review was similar to findings in 2014, a sentiment that would be echoed by the auditor general throughout the hearing.

“There are areas of improvement within the Dental Board, but they are all within reach to rectify,” Ryan Edmonson, the board’s executive director, told lawmakers. Edmonson said he has worked to improve the board when he was appointed by Gov. Doug Ducey three years ago, adding that he “inherited” a budget deficit that has only now been addressed in the current state budget.

“The board has not been able to (investigate complaints) due to a lack of resources,” Edmonson said. The board averages 355 complaints a year, he said, and it needs funding for 11 full-time positions and to hire more investigators. Currently the Board has only five people doing that work.

It takes the Board on average 165 calendar days to complete an investigation, but adjudication takes 440 days, Edmonson said.

Slow investigations because of a lack of resources also plagued the other boards.

The Naturopathic Physicians Medical Board did not resolve a majority of the complaints that auditors reviewed within the required 180-day timeframe, with some cases taking up to 500 days.

Only eight of the 27 complaints reviewed resulted in some form of disciplinary action.

“The 2 complaints that resulted in disciplinary action took 272 and 199 days to resolve, respectively, and involved licensed naturopathic physicians undertaking prescribing practices not authorized by statute,” the auditor’s report says.

In one of those cases, a physician was illegally prescribing controlled substances to a family member and to two other patients. Another physician was “unnecessarily prescribing steroids” to a patient and failed to check the Controlled Substances Prescription Monitoring Program database, which would have revealed the patient had a history of opioid addiction.

“If these recommendations have been included in previous reports, how come they have not been previously fixed?” Rep. Alma Hernandez, D-Tucson, asked the auditor general’s representative.

The auditors said that there is only one full-time employee: the executive director, who also handles renewals, license applications and providing public information. The auditors also found that providing information to the public fell short, noting that the board did not respond to their anonymous phone calls requesting information.

“The Board too would like to move these matters along as fast as possible,” Gail Anthony, the board’s executive director, told state legislators. Anthony said that subpoenas, interviews and sometimes requests for death certificates delay the complaint process.

Rep. Barbara Parker, R-Mesa, appeared to not be sympathetic to the board’s work load.

When asked if she needed more staff to help speed up the process, Anthony said that the board has information on its website about who can apply to become “consultants.” Anthony also was unable to share specific information about the complaint that took 500 days to complete.

“At least from this vantage point, it looks like it might have been necessary,” Rep. Steve Montenegro, R-Goodyear, said to Anthony about hiring more people to help the Board investigate complaints.

Lawmakers did not go easy on Board of Massage Therapy Director Tom Augherton. The board was found to have failed to investigate seven complaints related to prostitution for more than two years until auditors brought it to their attention.

“You don’t really know that you’re not doing great by standards until someone shows up and tells you,” Augherton told the committees, comparing state auditors to a fire marshal showing up and pointing out the dangers. “We completely agree with the auditor general.”

The auditors found that the board did not post disciplinary information on its website, did not suspend licenses of prostitution connected licenses until 804 days after receiving a complaint and took 238 days to revoke the license of a licensee who had engaged in sexual behavior with a client, among other allegations. Additionally, the board is also not fully staffed, with only four out of five members currently filled.

“This is alarming to me,” Parker said, asking if the board was making “significant changes” to address the issues found in the report.

Augherton said that he and industry leaders have been working with law enforcement like the Arizona Department of Public Safety and the FBI on a new fingerprinting bill to hopefully curb issues of sex trafficking within the massage industry.

Augherton also said a lot of the issues with the complaint process came down to “technology,” as they entered everything “manually” into one system that is now being integrated into a newer system, which they believe will help them from having this occur again.

Much like the other boards, Augherton said he is hoping to get additional staff to help with complaints.

World Baseball Classic games to be played in Phoenix